During his pre-match press conference, Jose Mourinho took a jibe at the English press, stating that 'in England, they only want to talk about the controversy' 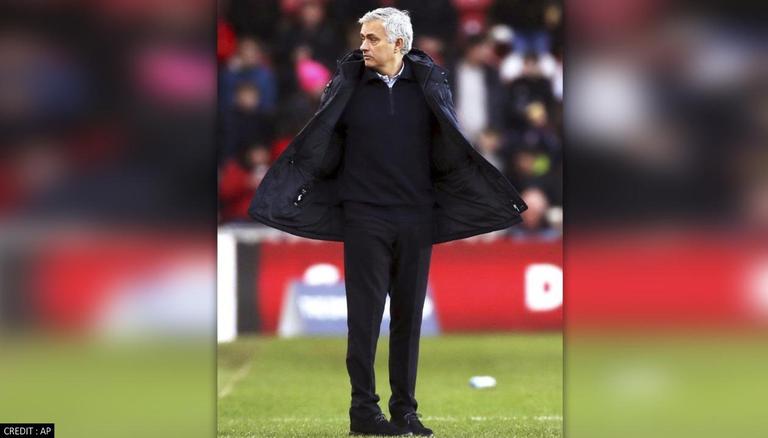 
AS Roma's new coach Jose Mourinho is looking forward to his new challenge in Serie A, but made it clear that it will take him time to be successful. The last Serie A club Mourinho coached was Inter Milan when he guided them to the treble in 2010. After taking on his new role, he could not hesitate to take a jibe at the English press after difficult stints at Chelsea, Manchester United and Tottenham.

While reflecting on the tactics against Trabzonspor, the new AS Roma coach said, "It's true, against Trabzonspor we put in a lot of crosses and got things wrong. Football nowadays is not so tied up with the system, so it becomes more difficult for the opposition to prepare against you. There are different ways of reaching the same objective, which is to win. Sometimes we'll push hard with both full-backs, sometimes only one at a time. Roma is a giant club, the size of many other clubs I have been to."

Mourinho explained how Roma is different to previous challenges

Jose Mourinho said that it is likely to take him a longer time to taste success at AS Roma as compared to previous clubs because the Serie A outfit have not won a title in a long time. "The nature of this project is another thing. When I arrived at Chelsea, Inter or Real Madrid, the projects were obvious - to win from day one. Roma are in a different situation - they are a club that hasn't won in a long time and that last year finished 29 points from first and 16 from fourth. It is obvious that it takes time and in football time is important. The reality is that we have not won for many years. There is a lot of work to do, but the results will come," said an optimistic Jose Mourinho.

WE RECOMMEND
AS Roma sign Chelsea's Tanny Abraham; striker says ''just can’t wait to get started'
Mourinho calls for patience as he begins effort to put Roma back in Europe's elite
Former Barcelona & Chelsea winger Pedro joins Lazio on free transfer
Jose Mourinho set to sign Nemanja Matic for the THIRD time as Roma reign set to begin
How much will Jose Mourinho earn at Roma? Jose Mourinho contract could be historic