According to the Juventus captain Giorgio Chiellini, Ronaldo should have left earlier than that so that the club would have had more time to prepare. 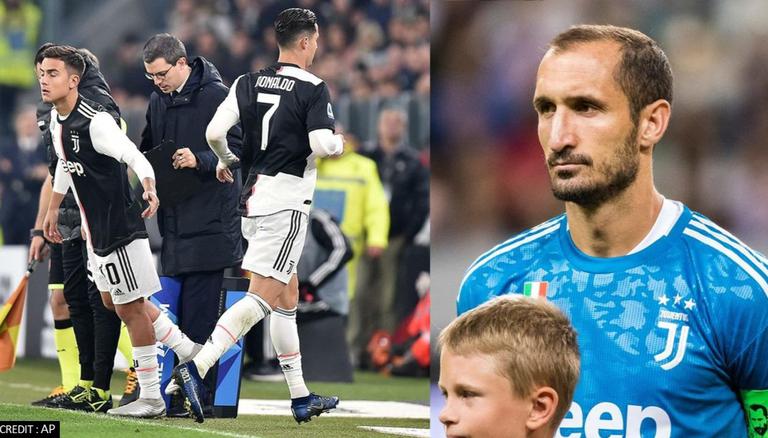 
Cristiano Ronaldo's spell at Juventus came to an end on August 28, even though his transfer to Manchester United was not confirmed until a few days later. But on that day, Juventus coach Massimiliano Allegri revealed that Cristiano wanted to leave the club and had no intention of staying on. Now according to the Old Lady's captain Giorgio Chiellini, Ronaldo should have left earlier than that so that the club would have had more time to prepare.

Chiellini has told DAZN of Cristiano Ronaldo’s decision to leave, which did come as a massive surprise to those in Turin: “We had arrived at a point in our relationship where Cristiano needed new goals and a team that would play for him, because when he finds a team like that he is decisive. He is proving it in these months and he has also shown it with us."

The Italian centre half also spoke about how there is a 'rejuvenation' project going on at Juventus and that if Ronaldo had stayed he too would have been a part of it and added a lot of value to it.

“Here at Juventus, a programme of rejuvenation and restarting was born. If Ronaldo had stayed, he would have been an added value, but it is normal that he thought more about the present than the future. Ronaldo left on August 28, it would have been better for us if he had left earlier. We paid something for it, a little bit of a shock, we paid something for it in terms of points. If he had left earlier we would have had time to prepare better," added Chiellini.

Chiellini takes a dig at Ronaldo, blames him for Paulo Dybala's goal drop

Earlier in September, Giorgio Chiellini had taken a dig at Ronaldo saying that his departure has left a hole for the Bianconeri to fill and they were focused too much on the Portuguese superstar during his time at the club but added that Paulo Dybala would step up now. As quoted by Goal.com, Chiellini told DAZN: "When you have a world-class player like Cristiano, you cannot help but use the team to play for him. We must be grateful to Cristiano for all he did during these years at Juventus, but we carry on. This will be Paulo Dybala’s team. Over the last couple of years, he lowered his average goals because of Cristiano’s presence, but he is a key player for this team and that is recognised by everyone."

WE RECOMMEND
Cristiano Ronaldo's late header seals epic Manchester United comeback win against Atalanta
How Tyson Fury could be denied chance to upstage Cristiano Ronaldo at Old Trafford?
Kulusevski scores late as perfect Juventus beats Zenit 1-0
How much does Cristiano Ronaldo earn per week and what is his net worth? Details revealed
United wins in chaos; Bayern, Juventus, Chelsea do it easy
Listen to the latest songs, only on JioSaavn.com