Kylian Mbappe to Real Madrid: The Frenchman's entourage has given an ultimatum to either sign him next summer or he will extend his deal with PSG. 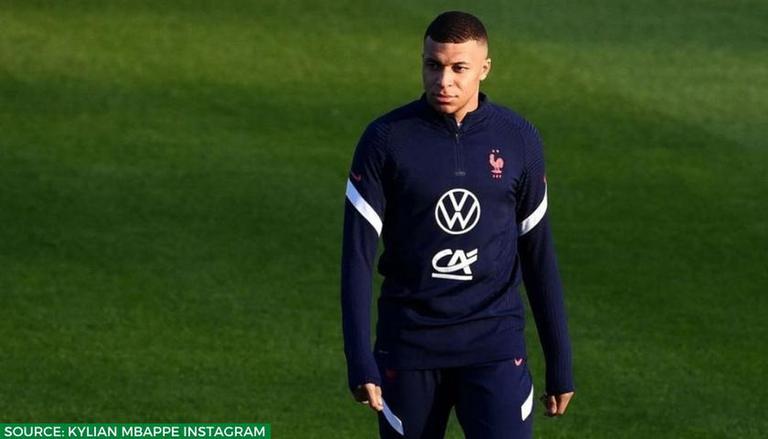 Ever since his rise at Monaco, French superstar Kylian Mbappe has been linked with a move to Real Madrid. The rumours of Kylian Mbappe to Real Madrid gained further momentum following his hat-trick against Barcelona in the round of 16 of the Champions League. As the young striker continues to put off any contract extension talks with Paris Saint-Germain (PSG), his entourage has now issued an ultimatum to the defending LaLiga champions.

According to a Kylian Mbappe transfer news by Diario ABC, his entourage has sent out a stern warning to Real Madrid. The 22-year-old sees off his PSG contract in the summer of 2022. And the defending Ligue 1 champions have been pressuring the player to commit his future at Parc des Princes.

ℹ️ Kylian Mbappé's entourage has communicated to Real Madrid that they either sign him this summer or he'll either renew his PSG contract or sign for an English club. He can't wait more. [@abc_es] 🇫🇷

Mbappe has succeeded in putting off the pressure from the club as he prolongs PSG's wait to get on to the negotiation table. It's been claimed that he has been waiting for a formal approach from Real Madrid. And he is running out of patience, seemingly, with his entourage warning Los Blancos to seal the Frenchman's transfer next summer.

Mbappe has a clear message for Real Madrid — either sign him next summer, or he will extend his contract with PSG. It was earlier claimed that the Bernabeu outfit might be willing to wait for his contract to run out in 2022 in an attempt to sign him on a free transfer that very transfer window.

The report also insists that Mbappe's entourage has hinted at negotiations with Premier League clubs if Real Madrid do not come calling this summer transfer window. The 2018 World Cup winner, who is currently on international duty with the French national team, is linked with defending Premier League champions Liverpool.

"He likes Liverpool. He likes the Premier League. He likes Jurgen Klopp. I’m not saying it’s his first choice, but he’s very clear with his friends that Liverpool is a club he’s interested in playing for.” pic.twitter.com/HcyXpVDh3z

According to sports journalist Duncan Castles, Mbappe is in awe of the Premier League, specifically of Liverpool. Although Castles refuses to suggest that Anfield is his preferred destination, he doesn't deny the fact that the player admires Jurgen Klopp and is interested in playing with the Reds.

Amid Kylian Mbappe to Real Madrid talks, he started alongside Antoine Griezmann in the opening World Cup qualifier clash against Ukraine. The world champions had to settle for a draw with the game ending 1-1. Didier Deschamps' men will next take on Kazakhstan on March 28, followed by their final game of the international break against Bosnia and Herzegovina, which will be played on March 31 (April 1 according to IST).