Lewis Hamilton had earlier tried to make an investment into Premier League side Chelsea by backing the Broughton consortium but the bid wasunsuccesfull. 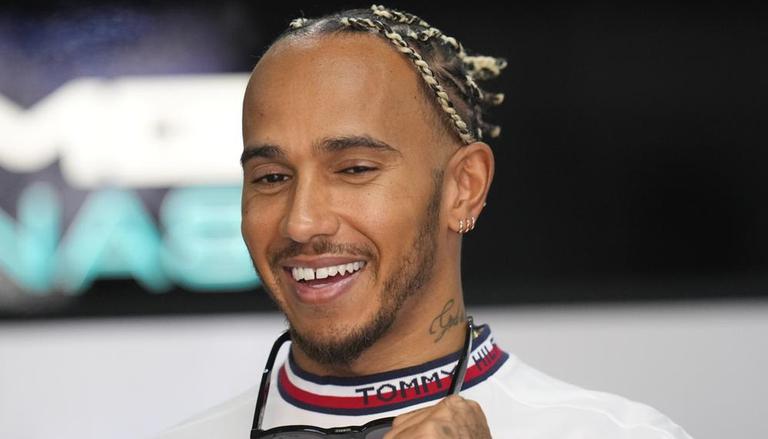 
Seven-time Formula 1 World Champion Lewis Hamilton has not ruled himself out of being involved in the ownership of Manchester United after dropping a major hint ahead of Sunday's Dutch Grand Prix. The person with whom Hamilton will be looking to make the bid will be British billionaire Jim Ratcliffe who is also a one-third owner of Mercedes' F1 team. Lewis Hamilton had earlier tried to make an investment into Premier League side Chelsea by backing the Broughton consortium, however, the London-based club was eventually sold to a consortium led by Todd Boehly.

'I do want to get more and more involved in teams': Lewis Hamilton

The British driver while refusing to deny the rumours said, “It’s the first time I’ve heard of it, so I haven’t had time to catch up with Jim since I was in Namibia, which I need to do because he goes to Namibia quite often. Jim’s part boss but partner - I’d say we’re more partners because we’re in this together, and I hope in future to do something with Jim and build with him. I don’t know where that will be or what that will be, so I can’t really say."

He further added,  "I haven’t had a call from him asking if I want to be involved in that just yet. But I do want to get more and more involved in teams because I really do believe in black ownership, there is a lack of it in sports. And black equity, again, there is a real lack of that."

Lewis Hamilton recently invested in NFL team Denver Broncos after being brought on board by Walmart owner Rob Walton. As per BBC reports Walton is in the process of completing a takeover of the franchise for $4.65bn (£3.81bn). While speaking about getting involved with Denver Broncos, Lewis Hamilton said, “When I do get involved for example with the Broncos, I really try and focus on what I can do within the team. Within the infrastructure and within the surroundings in terms of the stadium and the homes that you end up building when you do eventually get a new stadium and all those sort of things so it’s an exciting one for the potential there is there.”