Lionel Messi apparently ignored handshake with manager Mauricio Pochettino after getting substituted in the 66th minute of PSG's Ligue 1 match against Lyon. 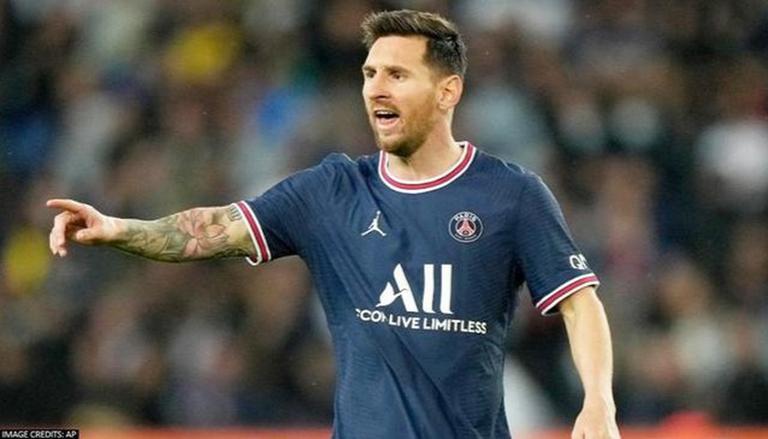 
After Paris Saint-Germain (PSG) emerged victorious in their Ligue 1 clash against Lyon on September 20, the biggest talking point of the match was Lionel Messi’s substitution in the 66th minute of the game. Manager Mauricio Pochettino replaced Messi with Achraf Hakimi at a point when the match was tied at 1-1. Messi looked confused while returning to the dugout and apparently refused to shake his hands with the manager on his way back. However, PSG went on to win the match in the dying moments after Mauro Icardi scored in the 94th minute. Lucas Paqueta previously opened the score sheet of the match by scoring a goal in the 54th minute for Lyon. On the other hand, Neymar scored a penalty for PSG in the 66th minute.

Messi refused to shake hands with Pochettino, and VERY RIGHTLY SO pic.twitter.com/28qStdy9XJ

As Messi was substituted in the 66th minute, fans spotted Messi’s dejection and expressed their opinion on the move by Pochettino. Few of the fans, criticized the manager while others hailed him for his decision, as the team went on to win the match following the substitution.

Among the different reactions, one of the fans expressed his dilemma by saying that if you leave Messi on in the match, the team draws the match, and if you take him off, the team wins. He further said that he seeks some logic in the whole situation and tries to understand it.

READ | Messi or Ronaldo? Gary Neville and Jamie Carragher debate over who's better

So leave him on and you draw or take him off and you win…..
Hmmmmmm let’s see your logic here and try to understand it….

Another user suggested that players should respect the managers, as he won the game by making the change and labelled it as the correct decision.

Wrongly so.. respect your manager. He made the change and won the game.. in hand it was the correct desition...

One of the fans said that Messi shouldn’t have been substituted and he should have remained till the end.

He should have remained in the match 😔

Meanwhile, another user said hailed Pochettino’s decision as a match-winning one. Referring to Messi not shaking hands with the manager, he added Messi must have done it in the heat of the moment and later on celebrated the win with the team.

Match winning decision. The only disrespectful person in the scenario is Messi. But I’m sure it was heat of the moment and he will be celebrating the win with the team.

A user justified the decision by the manager by saying he replaced Messi so that Hakimi can play as the Right Wing and Di Maria play further as an attacking midfielder.