Lionel Messi has also become the player with the most appearances, most minutes, and most goal contributions in FIFA World Cup history. 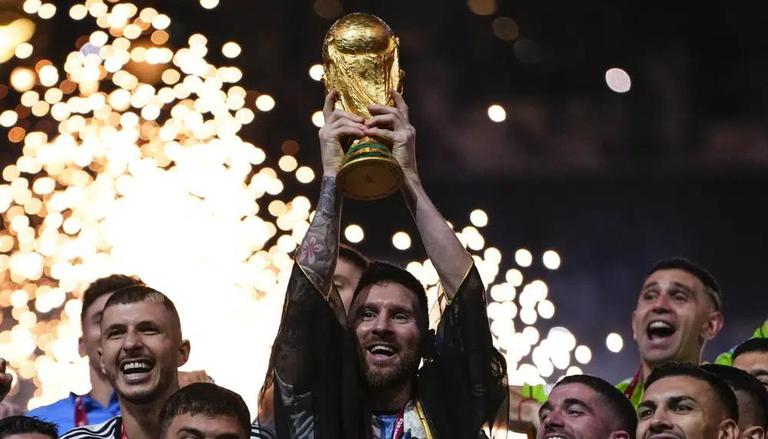 
Argentina defeated France in the World Cup final on Sunday, fulfilling Lionel Messi's ambition of winning the tournament. Messi had already stated that the Qatar World Cup final would be his last appearance for Argentina, and the 35-year-old has made it the perfect finish to his international career by winning the biggest championship in football. Messi scored two goals in the crucial game to prove why he is regarded as the greatest player of all time.

Messi also broke a host of records as he registered a brace in the World Cup final. He became the first player in the world to win two Golden Ball awards in the tournament's history. Messi had won the player of the tournament award in the 2014 World Cup despite Argentina losing the final to Germany. Messi has also become the player with the most appearances, most minutes, and most goal contributions in World Cup history.

Earlier, when Messi converted a penalty in the 23rd minute of the match, he became the first player to score in the group stage, Round of 16, quarterfinals, semifinals, and final of a single World Cup. Argentina have won the World Cup for the first time in 36 years and Messi played a vital role in it. Messi is now the fourth-highest goal-scorer in World Cup history with 13 goals to his name. He surpassed Brazil legend Pele in the list.