FIFA World Cup 2022: After the win, Lionel Messi was overcome with emotions and reduced to tears after Argentina's 36-year World Cup drought ended. 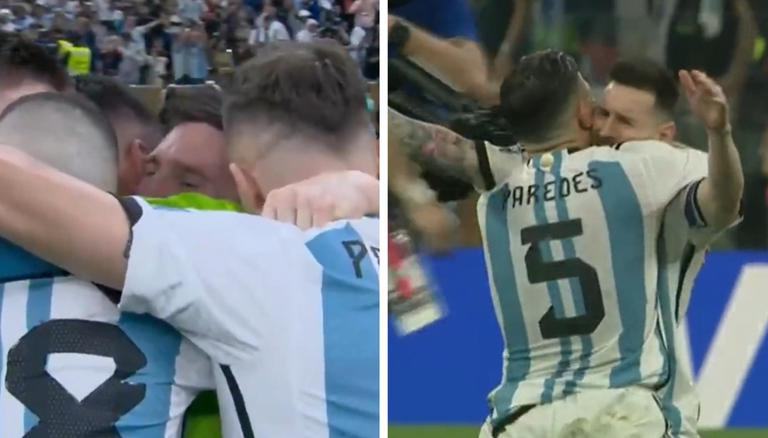 
Lionel Messi on Sunday shed tears of joy after finally becoming a World Cup champion after Argentina's win against France in the Fifa world cup 2022 final. After the game ended in a draw and Argentina won 4-2 in penalties, Messi was overcome with emotions and reduced to tears after Argentina's 36-tear trophy drought ended.

Peter Drury was the best choice for the FIFA World Cup Final 2022.

Lionel Messi- The GOAT's once-in-a-generation career is complete after winning a world cup. The star footballer scored two goals and then another in a shootout as Argentina beat France 4-2 on penalties to claim their third World Cup title despite Kylian Mbappe scoring the first hat trick in a final in 56 years.

Messi accomplished what Maradona did in 1986 and conquered a World Cup for Argentina. The torch will one day pass to Mbappe, whose late goals lit up one of the most dramatic finals in the tournament's 92-year history and made him the first scorer of a hat trick in a final since 1966, but not just yet.

Argentina won its previous World Cup titles in 1978 and 1986. In Qatar, the country backed up its victory from last year's Copa America, its first major trophy since 1993. It's quite the climax to Messi's international career, which might not yet be over at the age of 35 because he is playing as well as ever.

WE RECOMMEND
All out politics over Veer Savarkar; face-off erupts over portrait in Karnataka assembly