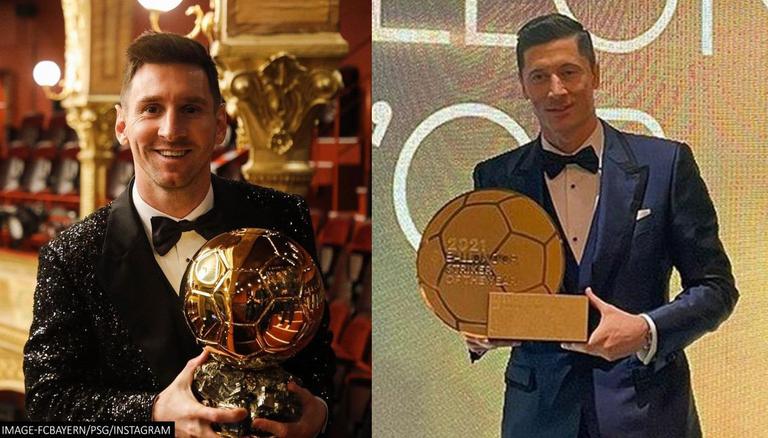 
Lionel Messi, on Monday, won the Ballon d'Or, and was crowned as the best footballer in the world following an outstanding season for club and country in the past year. Lionel Messi had left Barcelona in the summer as a free agent and signed for Paris Saint Germain. Lionel Messi's 7th Ballon d'Or came after he fended off a challenge from Bayern Munich's Robert Lewandowski and Chelsea's Jorginho.

Messi said, "I would like to say to Robert that it's an honor to be your rival, and everyone would say you deserved to win it last year."

PSG forward Lionel Messi won his first major international trophy with Argentina by winning the Copa America as they beat hosts Brazil in the final. Before Copa America, Lionel Messi won the Copa del Rey with Barcelona, his final trophy with the club. Barcelona defeated Athletic Bilbao 4-0 to win the title. Messi finished the La Liga season as top scorer with 30 goals to his name.

The 33-year-old Lewandowski set a new single-season scoring record in the Bundesliga with 41 goals when he scored in the last minute of the last game of the 2020/21 season, one more than late Germany great Gerd Müller. Lewandowski netted in 19 consecutive games in all competitions for Bayern from February to September, and he just missed out on equalling the record of scoring in 16 consecutive Bundesliga games.

Overall, he already has 25 goals in 20 games for Bayern this season. His 11 goals in 12 games for Poland this year took his international tally to 74 in 128 games, just six less than Messi.

After Norway's Ada Hegerberg, and USA superstar Megan Rapinoe, Spain footballer Alexia Putellas became the third woman to receive the women's Ballon d'Or award. Alexia Putellas captained Barcelona to victory in this year's Champions League, scoring a penalty in the final as her side hammered Chelsea 4-0.

She also won the Spanish league and cup double with Barcelona. The second spot went to Barcelona and Spain teammate Jennifer Hermoso, while Sam Kerr of Chelsea and Australia finished third.