Barcelona manager Ronald Koeman believes that the club must 'close the book' on Lionel Messi's time at Barca after their captain left to join Ligue 1 side PSG. 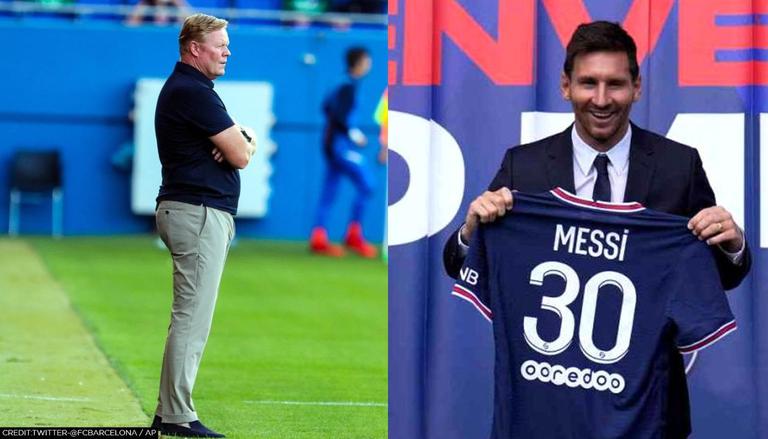 
Lionel Messi made one of the biggest transfer moves in the sport's history when he signed a two-year deal, with an option to extend by another, for Paris Saint-Germain on August 11. Before that, he was on holiday with his family after winning the Copa America with Argentina about a month ago. Barcelona was unable to renew Messi's contract, thereby leading to his departure. Barcelona coach Ronald Koeman has been asking the players to move on from the transfer saga in hope of new things.

In a recent interview before their opening La Liga match against Real Sociedad, Koeman told ESPN, "We have to understand that there is always an end for a player. You have to close the book because now we have to focus on this new season"

He then added that they have a host of new players and that they need to move forward. "We have new players in and we have to move forward, and we have time for that. We have young players in the squad this season, and it's also for the future, we are working on the future of this club, and it's really important to have our focus on this and not focus on what happened in the last few days," Koeman said.

READ | Lionel Messi spotted in Paris; PSG confirm arrival of the legend in a cryptic tweet

Koeman opens up about Messi's deaprture

The Dutchman then mentioned that he was aware of the difficulties the club faced in trying to resign Messi but was still surprised the day the club announced Messi's departure.

"I knew there was a difficult situation between the club and Leo Messi and the league to have the possibilities to keep Messi in the club," Koeman added. "It takes a long time, but I was also surprised by the day and the moment that I heard that he was finished playing for Barcelona. And I knew the financial situation of the club made it more difficult.

Koeman then said that he understands the difficulty of losing Lionel Messi but everyone needs to move along especially with the new season coming in even though Messi meant so much for Barcelona.

"I think it was difficult because we are not just talking about any player, we are talking about Leo Messi, the best player in the world through a lot of seasons and we were all disappointed that he will not play for us this season. But OK, you have to change fast because you don't stay in the disappointment with the new season starting. You have to understand it was for a few days a difficult situation. Messi meant so much for this club," Koeman added.