Luis Suarez Names THIS Pick For Ballon D'Or 2021 Award; Says 'I Think He Has No Rival'

The Ballon d'Or, which is the most coveted award given to the world's best footballer during the calendar year, is set to be given on November 29 this year. 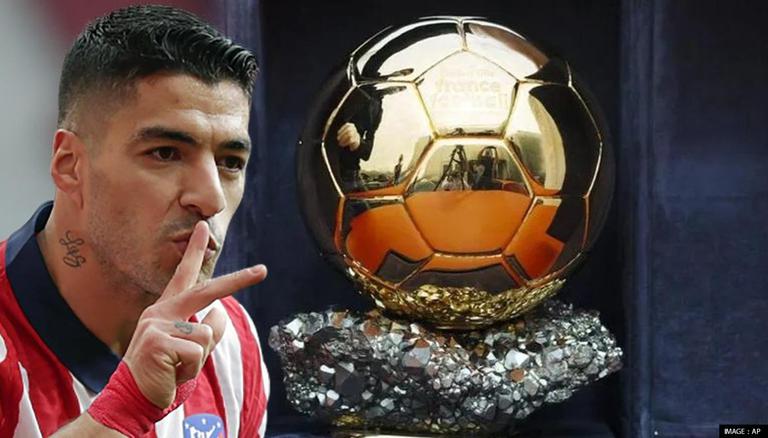 
The Ballon d'Or is the most coveted award granted to the world's best footballer during a calendar year. This year, the award is set to be handed out on November 29, with several stars from various Football clubs in the running for it.

Chelsea midfielder Jorginho is among the favourites to clinch the honour as he lifted glory for both club and country this year. The Blues star lifted the UEFA Champions League in May before winning the Euro 2020 title with Italy a few months late in the summer.

However, former Barcelona striker Luis Suarez is of the opinion that his former teammate Lionel Messi should lift the Ballon d'Or 2021 award this year. If Messi does lift the honour, it will be his seventh, having won the award in 2009, 2010, 2011, 2012, 2015 and 2019. Since the Argentine legend helped his country to win the Copa America 2021 this year, Suarez believes he has 'no rival.'

While speaking with Olé, Luis Suarez said, “I think Leo deserves to be the Ballon d’Or because he has had a spectacular year on a personal level despite only winning the Copa del Rey with Barcelona. What he performed on a personal level being the top scorer and top assistant in La Liga, obtaining the Copa América being also the top scorer and top assistant makes him even bigger to have it. Because in the Ballon d’Or, you should not only look at what one has done in the year but also you have to see what he is like as a player, seeing what he does year after year. I think he has no rival."

Meanwhile, Suarez himself is among the nominees for the highest individual honour. The complete list of the 30 Ballon d'Or 2021 nominees is given below.

Here are the first 20 nominees for the Men’s #ballondor pic.twitter.com/tIHav6s9gx

Here are the other 10 nominees for the Men’s #ballondor pic.twitter.com/auEMazmpEy

WE RECOMMEND
Ballon d'Or: Lionel Messi ahead of Lewandowski, Ronaldo and Benzeman in recent poll
Ballon d'Or: Who are Kylian Mbappe & Luka Modric's favourites to clinch the coveted award?
Luis Suarez thanks Atletico Madrid for having faith in him; Talks about Barcelona exit
Ballon d'Or 2021: 4 players who can beat Lionel Messi, Cristiano Ronaldo on November 29
Ballon d'Or 2021: Lionel Messi names two PSG teammates he would vote for the elusive award
Listen to the latest songs, only on JioSaavn.com