Manchester City Premier League Champions: How The Football World Reacted To The Crowning 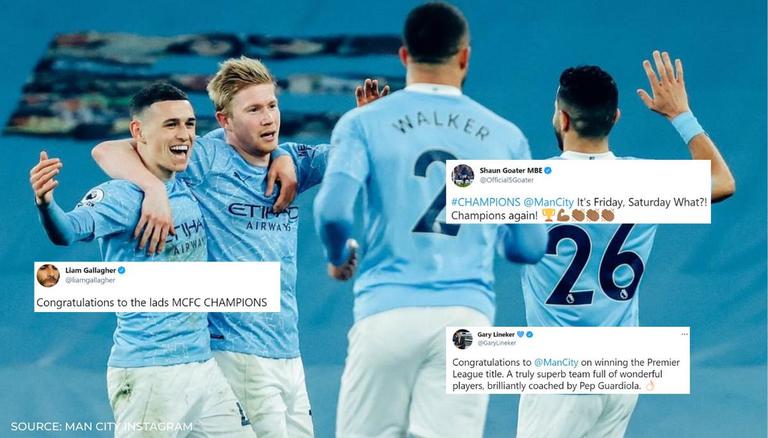 Pep Guardiola was always likely to change the landscape of English football when he arrived at Manchester City in 2016. Now, five years on, the Catalan and his players have ripped up the record books and the rulebook by becoming a dominant force in the Premier League. Their latest triumph, a third PL title in four seasons, now only confirms their dominance in the top tier of English football over the recent years.

The story of the CHAMPIONS! 🏆

Since their defeat against Tottenham in the end of November 2020, Man City have won 22 and drawn two of our 27 league matches, a run of form that lifted Pep Guardiola's side from 11th in the table to champions of England with three matches remaining. The Man City champions campaign this season has been nothing short of remarkable. CIty's victory against Crystal Palace last weekend was also their 11th straight away win in the Premier League, equalling the record set by Chelsea in 2008 and their own record in 2017.

The Premier League champions 2020-21 were denied the chance to celebrate on Sunday when Chelsea won 2-1 at the Etihad Stadium, while United kept them waiting with a victory at Aston Villa. However, the delay was only temporary and City, who also won the League Cup in April, can finally savour a title triumph that is all the sweeter given the obstacles they have overcome this term. The Man City champions news means that Man United would now have to fight to remain second.

READ | Where is the Champions League final? Istanbul final between Man City-Chelsea in doubt

With the Carabao Cup success already assured, City have now won a remarkable 10 of the last 15 available English trophies as well. They are now on course to complete a historic treble and will face Chelsea in the Champions League final on May 29 at the Ataturk Olympic Stadium.