Here is a look at the NGY vs PHG Dream11 prediction, team and top picks, as both these teams meet in the AFC Champions League Group G encounter. 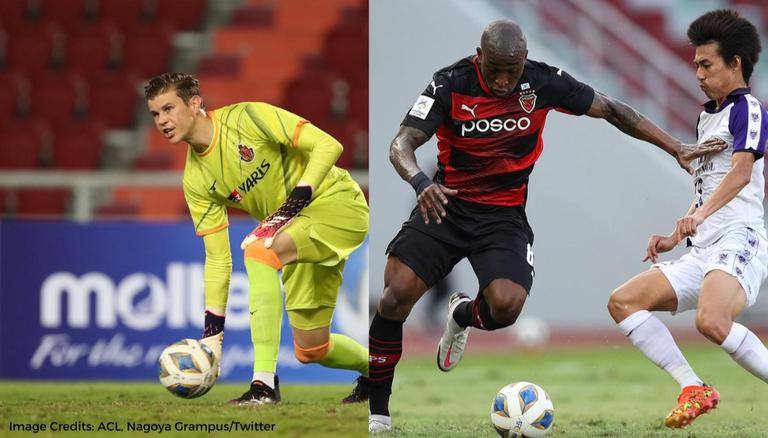 Nagoya had a winning start to their AFC Champions League campaign, as they came out with a 1-0 win over Johor Darul Ta'zim. The team has scored 6 goals in the last two games and have looked phenomenal over the last few weeks. The team are currently 3rd in the J-League, and they will be hoping to get the better out of their Asian counterparts.

Hiroyuki Abe has been a strong attacking presence for the team and they will be hoping that he continues his goalscoring run on Friday. A win against the Steelers would help the Nagoya Grampus get to the top of the table and that would be the perfect scenario for them as a top of the table finish guarantees qualification to the next round and it.

Pohang Steelers are on the top of the group, after their 2-0 win over Ratchaburi. The team has 4 wins out of 5 games and have looked impressive this season. The Steelers have a great mix of attacking players and that will be a big advantage for them in their match against Nagoya. Palacios, San-Hyub Lim and Boris Taschi have all been a crucial part of the attack, and they will be hoping to have a great game on Friday.

Pohang Steelers have looked phenomenal on the attack and the team has all the momentum to push for a win in order to ease their qualification into the next round. Considering all of that, we predict a win for the Pohang Steelers against their Asian rivals.

READ | Jadon Sancho transfer update: Man United up their offer to €85m; deal closer than ever