Pep Guardiola told Jurgen Klopp to 'go to court' if Liverpool believed that Manchester City were not complying with financial fair play regulations. 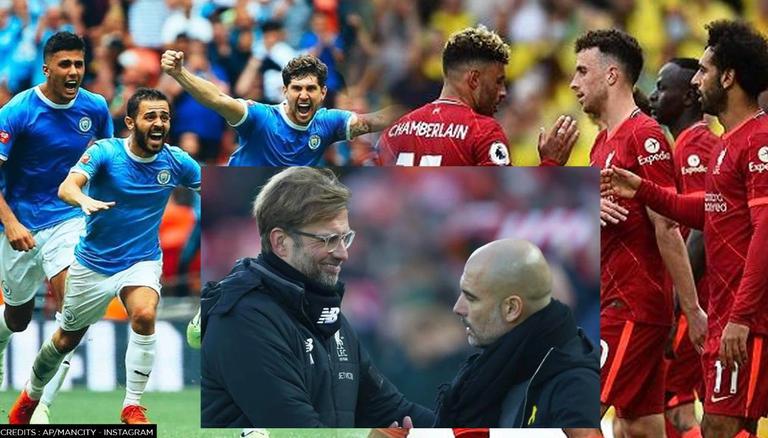 
Liverpool boss Jurgen Klopp has questioned Manchester City's exorbitant spending after the reigning Premier League champions smashed the British transfer record when they signed Jack Grealish from Aston Villa for a whopping £100 million. The Cityzens are also linked with a £150 million move for Tottenham's Harry Kane. However, City boss Pep Guardiola has defended his club and has challenged any doubters who believe they have broken Financial Fair Play rules to 'go to court.'

Liverpool boss Jurgen Klopp had raised questions as to how the likes of Chelsea, Manchester City, and Manchester United comply with the Financial Fair Play regulations, despite their exorbitant amounts of spending. Klopp had said, "I'm never surprised about the financial power of Chelsea, City or United. I am long enough in the country to know they always find a solution to do this kind of thing. You cannot compare to the other clubs, they obviously don’t have any limits but we have limits and we were quite successful given the limits in the last two years."

However, Pep Guardiola hit back at Klopp and asked him to 'go to court' if his side had doubts, as to how City complies with the regulations. "We’re here because we sell for £60m, and that’s why we could buy Jack Grealish. Otherwise, can’t do it because of Financial Fair Play. The other clubs in France and Italy or wherever, every club is different. We try to do it in this way because the club believes it’s the best way to be there. That’s why we are. We have limits for the Financial Fair Play. If they don’t agree, they can go to court and make a statement and we defend. Financial Fair Play is the rule for us and we follow absolutely the rules."

Pep insists Arsenal won trophies in the past because of spending

Pep Guardiola also added that there was a time when Manchester City could not spend this kind of money, and as a result, clubs like Manchester United and Arsenal won more titles. "Before, years ago, United and Arsenal win a lot of titles because they spend more money than the other clubs, do you remember that? In the end, Man City couldn’t do it because they didn’t have the owners they do now. In Italy, arrives Berlusconi, and after Pirelli with Inter, and they spend a lot of money."