Son Heung-min contributed with a stunning hattrick during the Tottenham vs Leicester City, Premier League 2022-23 match, taking Spurs through a 6-0 victory. 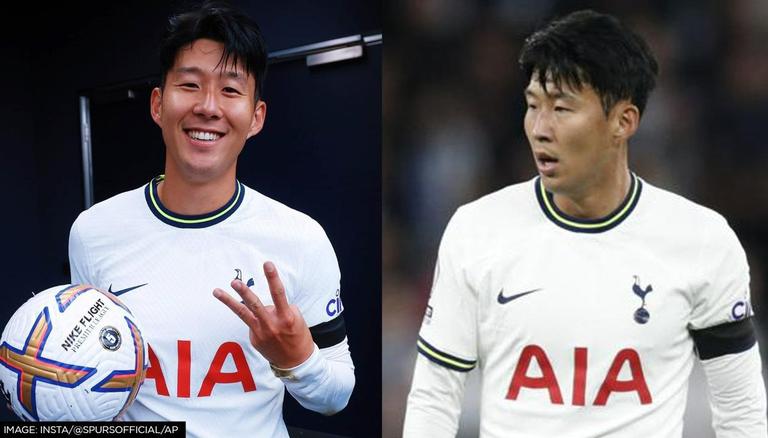 
South Korean football megastar Son Heung-min became the biggest talking point for football fans on social media, after his enthralling performance in the Tottenham Hotspur vs Leicester City, Premier League 2022-23 match on Saturday night. Last season’s golden boot winner Son, opened his tally of goals for the Spurs in his 7th league match of the season and went on to complete a stunning hat trick. His effort took Tottenham Hotspur through to their 5th win of the season by a margin of 6-2.

Youri Tielemans opened the score sheet of the match six minutes into the game, after converting a penalty for Leicester. England skipper Harry Kane equalized the score after striking in the 8th minute, before Eric Dier’s goal in the 21st minute, handed Tottenham a 2-1 lead. However, James Maddison scored the equaliser in the 41st minute for the visiting team as the game went into half-time with 2-2 on the scoreboard.

Two minutes into the second half, Rodrigo Bentancur scored the 3rd goal of the night for Tottenham as they took a step forward towards victory. Meanwhile, Son was substituted into the match in place of Richarlison in the 59th minute and proved his mettle with his first goal of the season in the 73rd minute. Going ahead in the game, he scored twice again in the 84th and 86th minute to hand a 6-2 win to Tottenham at their home.

The win handed three valuable points to Tottenham in the Premier League 2022-23 points table, as they find themselves at 2nd with 17 points to their credit. Having won five and lost two games so far in the season, Tottenham are level on points with table toppers Manchester City. The reigning EPL champions City have won an equal no. of matches but have a goal difference of 17.

It is pertinent to mention that Son Heung-min is one of the top footballers in the current Tottenham squad under the guidance of Antonio Conte. Coming on the back of a loss against Sporting CP in the UEFA Champions League 2022-23 match, Tottenham displayed immense grit to stage an incredible comeback. The teams look to be in serious contention for the Premier League 2022-23 title this season.

Here's what Antonio Conte feels about the victory

As reported by the official website of Tottenham Hotspur, Conte revealed thoughts on the stellar victory over Leicester. “I’m happy because we played a good game and it was important for my players because after a loss in the Champions League... and, honestly, I was disappointed with this loss in the Champions League, when you play a game and you deserve to lose, I’m first to recognise that,” Conte told SPURSPLAY.

“Honestly, we didn’t deserve to lose this game, and, for this reason, I was very disappointed. I spoke with my players, I said after a defeat that a good team, a team that wants to think to go to another level, has to have a good reaction, quickly and I’m happy, in the second half, under difficulty, I saw a great reaction from everybody,” the coach added.