On Friday, it was reported that Real Madrid had made another, improved bid of €170 million plus €10 million in add ons to PSG for Kylian Mbappe 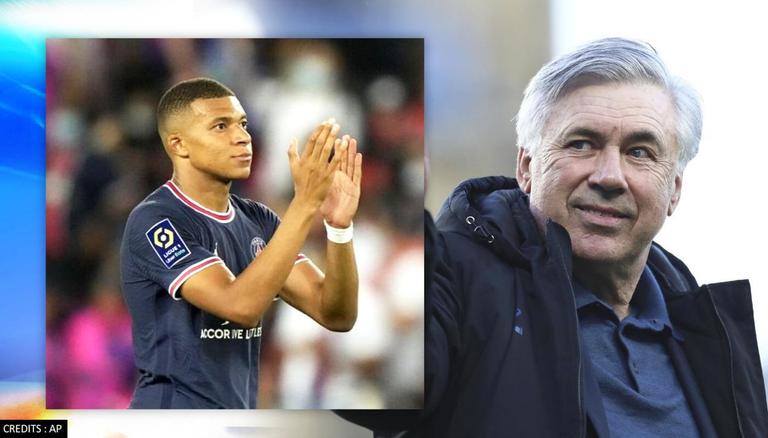 
Amid the hectic transfer season touted to be the most shocking one in the history of football, reports on Friday suggested that Real Madrid had made another improved bid of €170 million-plus & €10 million in add-ons to PSG for Kylan Mbappe. There has been no response from PSG yet regarding the rejection or acceptance of the bid. This came a day after Madrid's original €160 million bid was rejected by PSG. Meanwhile, Madrid boss Carlo Ancelotti prepares his squad for their match against Real Betis and he spoke to the media in a prematch press conference on Saturday where he avoided divulging anything related to Mbappe.

Los Blancos coach said, "Mbappe's case is a thing for those managing the club. I cannot say anymore. I think only about training the team, preparing for the game, and managing the players well. Everything that the politics of football entails, it does not matter to me. [Mbappe] is a great player but I think we have great players here too. We have to give everything so they can show their qualities. You can compete against all the teams in the world. We have the Champions League with strong teams and complicated games. If our squad improves, it's better for everyone," Ancelotti was quoted as saying by Goal.com.

PSG will let Mbappe go for the right price

PSG Sporting director Leonardo Araujo recently said that PSG had rejected the advances of Madrid but said that if the right bid is placed they will let Mbappe go. He added that the club said no verbally to the bid that Madrid had placed but they will not hold anyone back. If any player wants to leave and PSG's conditions are met, then they will consider it.

Leonardo went on to say the club had created a dream with the players it brought in this summer and plans to not let anyone ruin it. PSG's sporting director said that they consider the offer to be very far from what they value Mbappe at and that they still owe part of the money to Monaco. He also added that the bid was around the estimated €160 million and revealed that Mbappe had given the club his word that he would not depart on a free transfer saying that he cannot confirm the numbers (of €160m), but the bid was around that.

The PSG chief also mentioned that Mbappe wants to leave the club and also confirmed that Madrid made a bid for the French international, adding that if he can leave if he wants to but only on PSG's terms.