Rio Ferdinand Says Liverpool Could Struggle This Year; Mane & Salah Are Part Of Reason Why

Liverpool had a disappointing 2020/21 Premier League season as they finished 17 points off champions Manchester City, having won the league the previous year. 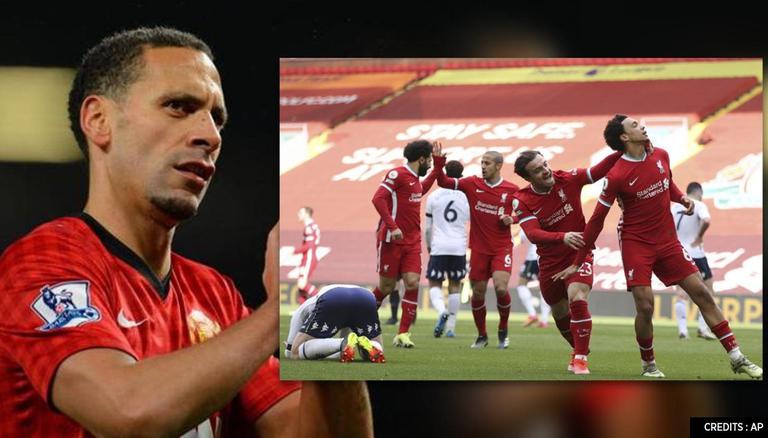 
Liverpool had a disappointing 2020/21 Premier League campaign as they finished 17 points behind champions Manchester City, having won the league the previous season. Moreover, they were also knocked out by Real Madrid in the quarter-finals of the UEFA Champions League despite dominating most of the two legs. As a result of Liverpool's below-par form last season, former Manchester United centre-back Rio Ferdinand has suggested that the Merseyside outfit could once again struggle this season.

Having been out of the Champions League places for most of last season, Liverpool managed to secure a spot in the Premier League's top four on the final day of the campaign. A 2-0 win against Crystal Palace saw the Reds secure third place as Leicester City once again witnessed a downturn in form towards the end of last season. However, since Liverpool will be without the likes of Mohamed Salah and Sadio Mane in January due to the Africa Cup of Nations, the former Manchester United centre-half believes that the Reds may hence struggle. Ferdinand insisted that the loss of Gini Wijnaldum to PSG will also add to the worries for Jurgen Klopp's side this season.

Rio Ferdinand explains why he thinks Liverpool may struggle

While speaking on his FIVE YouTube channel, Rio Ferdinand said,

"It’s massive. The legs, the energy, he (Wijnaldum) was the engine in there. You know what, is it AFCON this year as well? It’s AFCON so they’ll miss Mane and Salah at some point. Wow. I think it’s a big year for Liverpool and I’m a bit concerned for them in a lot of ways."

He continued, "they’re relying on the same front three again. Van Dijk and Gomez, we don’t know how they’ll recover. Midfield is an important part. Their midfield was based on energy, legs, intensity. Yes, they have quality, but it’s not possession-based. It was fast and up at 'em. It was about transition – losing the ball and retrieving the ball. Getting up and pressing teams. Can they do that now with the players they’ve got in there? Robertson is a big miss for Liverpool."

The Premier League season gets underway on Friday, with Liverpool squaring off away against Norwich on Saturday, 10 pm IST.