Brazil legend Roberto Carlos has opened up on the special bond he shared with former Brazil teammate, Ronaldo Nazario when the duo played together. 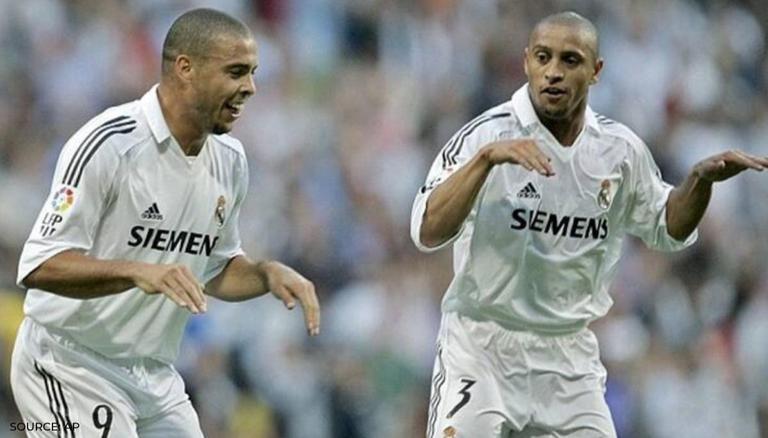 Brazil football legend Roberto Carlos has claimed that he slept in rooms with former teammate Ronaldo 'El Fenomeno' Nazario more than his own wife. Carlos and Ronaldo played in a true Brazilian golden generation, one which was every bit as star-studded and entertaining as ever seen before. From playing with both Brazil and Real Madrid together, the pair formed a close bond, but it appears as that bond was actually closer than what most football fans believed to be.

Earlier this week, DAZN premiered a six-episode documentary about Ronaldo Nazario’s life as Valladolid’s president entitled ‘Ronaldo, the president’ which will document the Brazilian’s new life through a lens that hasn’t been seen before. As part of the teaser, Ronaldo, a two-time Ballon d'Or winner, is heard saying, “I bought the club with money from my pocket, there is no external investment, no funds or partners. It’s a project of mine and I like it that way.” The docuseries also includes some of Ronaldo's former Brazil teammates as well.

However, in a huge eye-opener into life at Real Madrid and Brazil, one of Ronaldo's former teammate, Roberto Carlos spoke about his relationship with 'El Fenomeno', with whom he lifted the World Cup in 2002. Carlos said, “Everything Ronaldo does, he does well. I have slept with him more times than with my own wife. I did everything with Ronaldo. With and without limits. Since 1993, he’s been my brother.”

🗣 Roberto Carlos: "Everything Ronaldo does, he does well. I slept with him more times than with my own wife. I've done everything with Ronaldo. With and without limits." pic.twitter.com/6SaXpyOAws

Fans on social media were left rather perplexed by Carlos' comments and some were quick to react to the former defender's relationship with Ronaldo. Carlos, who has been married to Mariano Luccon since 2009 has 11 children with 7 women. In October 2017, he became a grandfather when his daughter Giovanna gave birth to a son.

"Everything Ronaldo does, he does well. I slept with him more times than with my own wife. I've done everything with Ronaldo. With and without limits." pic.twitter.com/vOLvM0rdvH

Roberto Carlos career and honours in comparison to Ronaldo

Ronaldo, 44, who scored 62 goals in 98 international games for Brazil, also played for PSV, Barcelona and Inter Milan. Meanwhile, Carlos, 48, was with Inter the year before Ronaldo arrived there but the 125-cap ace then spent 11 years with Real Madrid. However, Carlos left Real Madrid with three Champions League and four LaLiga successes while Ronaldo managed just one LaLiga crown during his time with Los Blancos. However, the duo was part of the Brazil squad that won the 2002 World Cup.