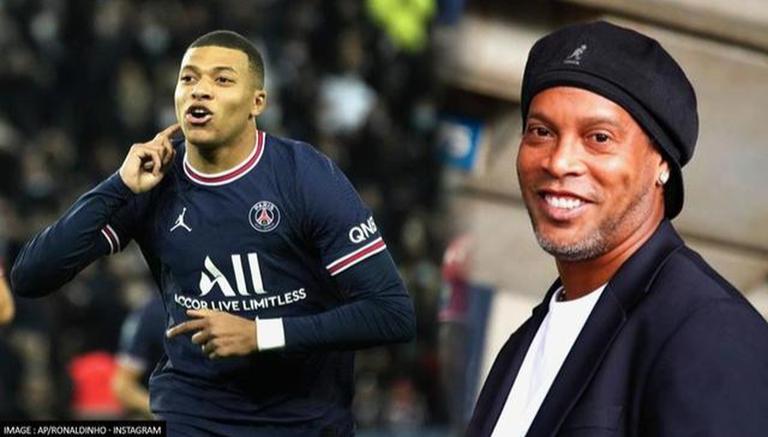 
Former Brazil footballer Ronaldinho reckoned that young French international Kylian Mbappe has a bright future at Paris Saint-Germain. Back on August 31, 2017, PSG put forth the signing of Mbappe from Monaco on loan and ever since then, he has been an integral part of their setup.

However, the 23-year-old’s contract ends in six months time and talks of extending the same are yet to be finalized. Nonetheless, Ronaldinho said that Mbappe is a long-time prospect and PSG may not release him going forward. Earlier, Real Madrid came agonisingly close to signing Mbappe but failed to rope in him.

They are expected to throw their hat in the ring and bag the footballer in 2022. Ronaldinho also lauded him for punching above his weight and garnering accolades from every nook and corner of the football fraternity. "All the players in the world want to play at Paris Saint-Germain, the best in the world are at PSG, so they're the best club in the world. So, I imagine he [Mbappe] will be here for a long time," Ronaldinho was quoted as saying on his official YouTube channel.

Previously, Mbappe talked about his desire to join Real Madrid after he missed out on a deadline day move to Santiago Bernabeu. "People said I turned down six or seven extension offers, that I don't want to talk to Leonardo anymore, that's absolutely not true. I asked to leave, because, from the moment I did not want to extend, I wanted the club to have a transfer fee to be able to sign a quality replacement," he had said.

After missing out on a contract with Madrid, Mbappe focussed on his stint at PSG, registering 15 goals and 15 assists in 24 matches across all tournaments.