We look at RSLC vs SJ Dream11 team, top picks, alongside other match details of the Major League Soccer clash between Real Salt Lake and San Jose Earthquakes. 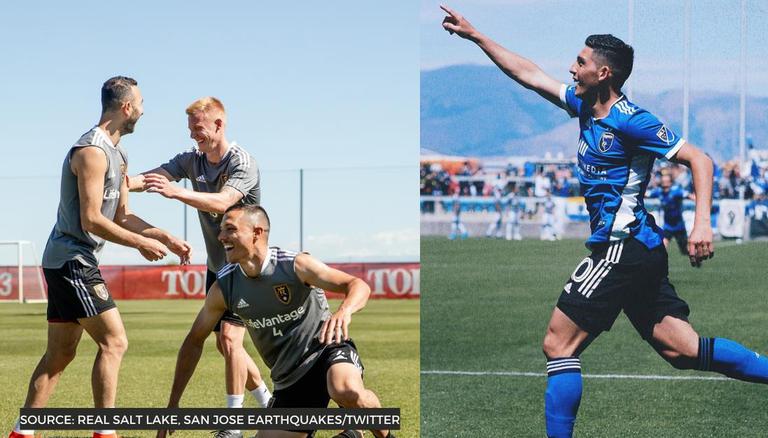 Real Salt Lake and San Jose Earthquakes will square off against each other in the ongoing Major League Soccer season on Saturday, May 8. The American domestic league match will be played at the Rio Tinto Stadium with the kickoff scheduled for 7:00 AM IST. Let's have a look at the RSLC vs SJ Dream11 team, top picks, alongside other match details of the clash.

Our next 3 home matches will allow 5,000 fans, roughly 28% of full stadium capacity.

Starting at 1 p.m. today, limited tickets will be available to the public for our upcoming matches against Western Conference rivals!

Real Salt Lake made a fantastic start to the ongoing Major League Soccer campaign with the hosts managing an unbeaten run since the start of the tournament. Having played two matches so far, the hosts have gone on to record two straight victories in the league. They recorded a narrow 1-2 win over Minnesota United in their tournament opener while following it up with a massive 3-1 win against Sporting Kansas City in their latest outing.

San Jose Earthquakes on the other hand started off their MLS campaign with a narrow 1-2 loss to Houston Dynamo FC but have managed to bounce back on the winning ways by registering a comfortable 3-1 win over FC Dallas with their latest outing ending in a 4-1 victory against DC United.

We expect both the teams to come out all guns blazing with an intent to pocket three points on Saturday. Given the current form, we predict the game to end in a draw as Real Salt Lake and San Jose Earthquakes are expected to cancel each other out during the course of the 90 minutes.