Billy Sharp watched Forest supporters celebrating team's win over Sheffield United from touchline only to be blind-sided by a charging supporter. 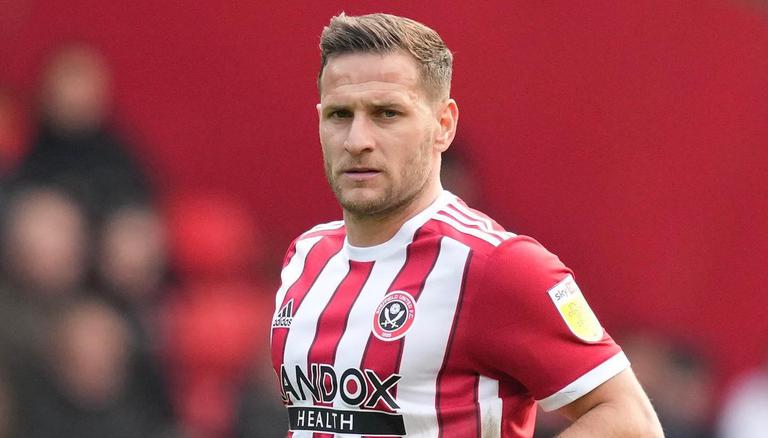 
Sheffield United's bid for returning back to Premier League ended in heartbreak after losing to Nottingham Forest on penalties. Sheffield United overturned a two-goal deficit to tie the match at 3-3 on aggregate and force extra-time and penalties. However, Nottingham Forest goalkeeper Brice Samba was the hero for his team saving three spot-kicks and sending his team to the finals at Wembley. However, the exciting match was overshadowed by an incident involving Sheffield United skipper Billy Sharp.

Billy Sharp did not feature for Sheffield United in the play-off semi-final second leg after failing to recover from injury. As he watched Forest supporters celebrating from the touchline however the footballer appeared to be blind-sided by a charging supporter during the pitch invasion. Manager Heckingbottom condemned the attack which is understood to have left Sharp requiring stitches.

According to a BBC report, Nottinghamshire police assistant chief constable Rob Griffin said: "Enquiries are underway to identify the offender, and we will be looking to make an arrest as soon as possible. He said, "We have seen the footage, as many others will have who watched the televised match, and we are appealing for anyone who knows who the offender is to please contact us as soon as possible. We have spoken to the player concerned and we are working with both clubs which are supporting us with our investigation, which will continue through the night."

READ | Forest to play Huddersfield for place in the Premier League

Nottingham Forest has issued an apology for the Billy Sharp incident and vowed to ban his attacker for life. The club issues a statement which read, "Nottingham Forest Football Club are appalled to learn that our former player, Billy Sharp, was assaulted leaving the pitch after tonight's match at The City Ground. The Club will work with the authorities to locate the individual to ensure they are held to account for their actions, which will include a life ban from Nottingham Forest. The Club would also like to apologise to Billy personally and to Sheffield United Football Club."