Spain football team Covid vaccine: Spanish fans concerned after their national side receives their doses just a few days prior to their first game of Euro 2020. 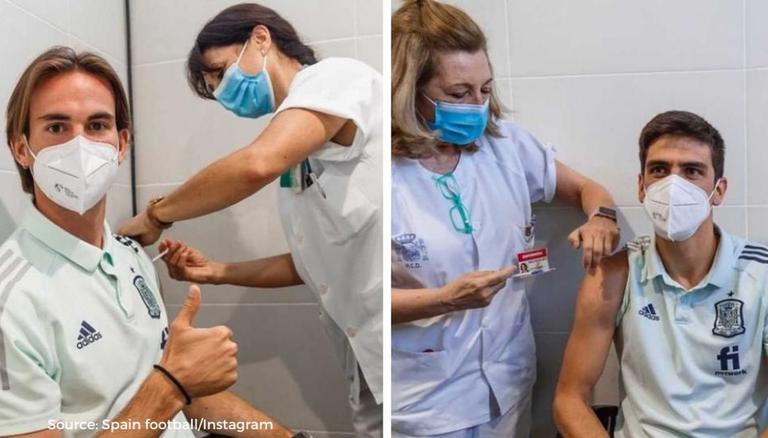 The Spain football team has received their Covid-19 vaccines three days before their opening game against Sweden on Monday. La Roja's preparation for this summer's European Championship were thrown into disarray when captain Sergio Busquets tested positive for Covid-19 on Sunday followed by Diego Llorente earlier this week. While there have been tense negotiations between the government and the Spanish FA this week, it was finally decided to approve the squad's vaccinations.

However, Busquets and Llorente are still self-isolating at home and did not receive the vaccine as a result. As for Llorente, Luis Enrique said on Thursday that the Leeds defender's result may have been a false positive. If Llorente were to test negative once again he could feature in Spain's game against Sweden on Monday. As for Busquests, Enrique confirmed he will be a part of the Spain squad but that his return date was yet unknown.

READ | Euro 2020 injury update: Players ruled out and doubtful for the European Championship

Luis Enrique was seemingly annoyed with the Covid vaccinations for the Spain football team not having been completed earlier. Speaking at his press conference on Thursday, Enrique said, "The president is handling the issue of vaccines, and we trust he will do the best. If he considers, and the doctors consider, that it is necessary, we will do the best for the national team. I'd have liked it done when the squad was announced, but that was not possible. I would be pretty annoyed not to be able to count on a player because of side effects (to vaccine)."

Similarly, fans too expressed their concerns with their side being vaccinated just a few days before Spain began their Euro 2020 campaign. Considering the timing of the vaccination, there is a risk of players developing side effects, and as a result, not being able to feature in few games of the tournament. Some of the fan reactions can be seen below.

This seems absolutely mad, even if 2 or 3 players develop mild side effects (tiredness, fever) their first game is in 3 days! And Luis Enrique opted to take a smaller squad than he is allowed, so it will have an impact.

(Plus by all accounts the vaccines take 2 weeks+ to work) https://t.co/hTcngegQsi

Indeed, first 2 days could be a little hard plus their game is in 3 days so I'm, too, skeptical about it 🤦🏽

I'm a school teacher in the States and I was vaccinated in early March. How was the squad not vaccinated a month ago or more in preparation for the tourney? Asombroso.

Why they didn't get vaccinated a week ago? 2 weeks ago?