Sri Lanka vs South Korea prediction, live stream details and team news ahead of the Group H match between the teams which is to be played at Goyan Stadium 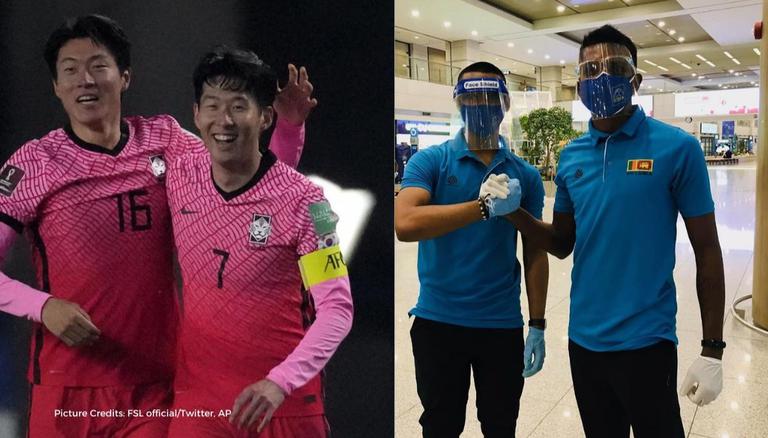 Sri Lanka come into the game with an 8-game losing streak and will be looking to get their first victory in Group H. Their last encounter against Lebanon was a thriller and it ended in a 3-2 loss for the Sri Lankans. Ahmed Waseem Razeek scored 2 goals for the Lankans but that was not enough as they fell short to achieve their first win in the World Cup qualifiers. Sri Lanka sit at the bottom of the table and have got 0 points in 5 games played so far, they have only managed to score 2 goals and have conceded 18 in the competition so far. If the Lankans would want to have any chance at beating the South Koreans, they will have to score goals and defend better as the Koreans have the explosive Heung Ming Son who is a big goalscoring threat.

South Korea hold the 1st position in the Group but are level on points with Lebanon who also have also managed to get 10 points. Any lapses in the following games could be costly for the Koreans considering their position in the table. Heung Ming Son will captain the Koreans and he will be hoping to carry on his brilliance to this game after having a wonderful season at Tottenham. South Korea has not had a great run lately and will be hoping to get back the consistency.

Heung Ming Son has been playing phenomenally well all season and he will be the key player for South Korea in this game. We predict a 4-0 win for the Tageuk warriors in this match against the Lankans

DAZN is streaming this game for the account holders. The match is also available on Fubo TV, Korean fans can watch the game on V Sport Jalkapallo. This match will not be streamed in India. All the live scores and updates will be given by the team on their official social media handles