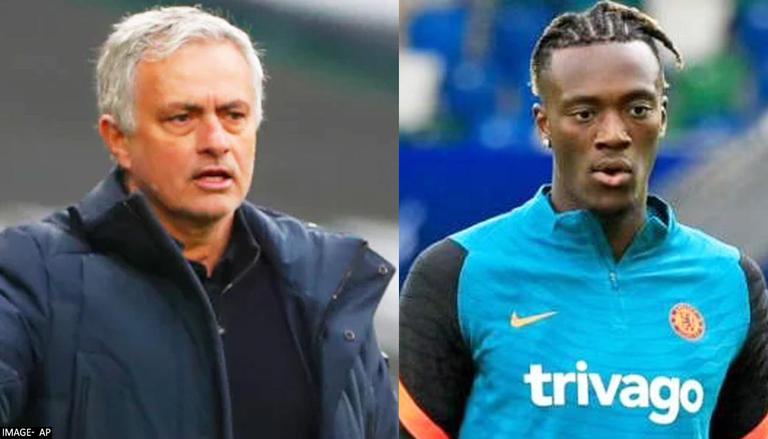 
Tammy Abraham, who plies his trade for Serie A club AS Roma, was a tad hesitant to leave the Premier League and it was Jose Mourinho, who persuaded him to take the decision. Abraham revealed that Mourinho asked him not to take the "easy option" of staying at Chelsea.

The 24-year-old footballer was a part of Chelsea since his under-eight days and he went on to score 30 goals in 82 games for the Blues’ first team. Mourinho was appointed as Chelsea’s boss twice, but he took over at Roma earlier this year.

Back in August, Abraham, who’s also an England striker, left Chelsea for Roma for £34m. Since then, the youngster has performed reasonably well, having notched four goals from 10 matches. After leaving Chelsea, Abraham doesn’t have any regrets for the time being.

Do you want to enjoy some sun or stay in the rain? Abraham recollects call with Mou

"I feel like it was home, being around London, being around England. It was home. I think I had to open my wings a bit and make a choice and I chose Italy and would not change it," Abraham said.

"I had different options. There were so many clubs I was speaking to at the time. Italy came and I spoke to Jose. He had a goal. I could see where he wanted Roma to go and see where he wants to take them and I wanted to be part of the process. He really put his trust in me so he was a big impact on the reason why I chose Roma.

"The first thing he said to me was when I picked up the phone he was like 'do you want to enjoy some sun or stay in the rain?' I laughed," Abraham added.

Abraham had a decent season 2019-20 while playing under Frank Lampard, the former Blues boss. However, he couldn’t find his feet under Lampard’s successor Thomas Tuchel. Under Tuchel, Tammy Abraham started only two twice and also stayed away from the pitch recovering from an ankle injury.

READ | SAFF Championship, India vs Sri Lanka live streaming: When and Where to watch

The London-born Abraham, recently, earned a recall to the England national team for the World Cup Qualifiers against Hungary and Andorra.