UEFA Nations League Live Streaming: How To Watch Wales Vs Belgium In India, UK & US?

Look at how to stream or watch the UEFA Nations League 2022 live in India, the US and the UK, and Wales vs Belgium live streaming details. 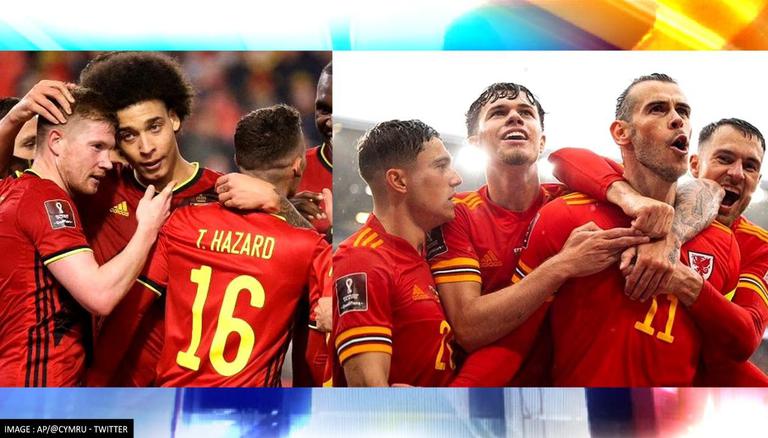 
Wales will be hosting Belgium for UEFA Nations League's Matchday 3 on Sunday, June 12. Wales are still on the hunt for their first victory in the tournament and are currently placed at the bottom of the group 4 table, while on the other hand, Belgium, who is hot favourites to win this game is placed second with a win and a loss in both games which they have played. Rob Page would have breathed a sigh of relief after qualifying for the Qatar World Cup recently and will now have the liberty to place the strongest possible side without thinking about the World cup qualifiers.

Belgium will be high on confidence with their thumping 6-1 victory against Poland and this win might allow their manager Roberto Martinez to rest some senior players in the game at Cardiff. Belgium's squad will have to look out for the 5 times UCL winner Gareth Bale as the player still has the capability to demolish any defence in the blink of an eye. Wales need to boot up against the like of De Bruyne and Hazard who can tear the defence with their footwork and especially they need to look out for the long accurate passes while attacking a setpiece.

In the last 15 encounters, Wales lags behind Belgium as the Red Devils have 6 times, while dragons have defeated them 5 times and the rest of the games ended in a draw. In the previous encounter in November last year the dramatic game ended in a 1-1 draw. The most exciting part of this game is group 4 which is credited to produce 19 goals in the last 4 games so the spectators can sit tight and expect another goal feast or possibly a goalless draw.

Here are the details about how to watch the game between Wales vs Belgium live. All the live streaming and satellite TV details for the UEFA Nations League in the countries like the US, the UK, India, Argentina Belgium, Australia and Brazil.

Wales vs Belgium watch on TV in India

Fans wondering about where to watch the interesting game on TV Wales vs Belgium game can tune in to Sony Sports Network, which holds the official broadcasting rights of the game in India.

Wales vs Belgium UEFA Nations League 2022 match will be streamed live on the SonyLIV app. Fans can also track the live updates and scores on the official social media handles of the two teams in contention and the competition's handle.

Wales vs Belgium channel in Argentina and Brazil

Wales vs Belgium channel in Australia and the US

Fans wondering about where to watch the interesting game on TV Wales vs Belgium game can tune in to Optus network, which holds the official broadcasting rights of the game in Australia. Fox Sports, fuboTV and TelevisaUnivision will be telecasting the UEFA Nations League live in the United States.

Wales vs Belgium channel in the Wales and Belgium