Uruguay vs Paraguay prediction, team news and live stream details for the match scheduled to be played on Thursday, June 3 at Estadio Centenario 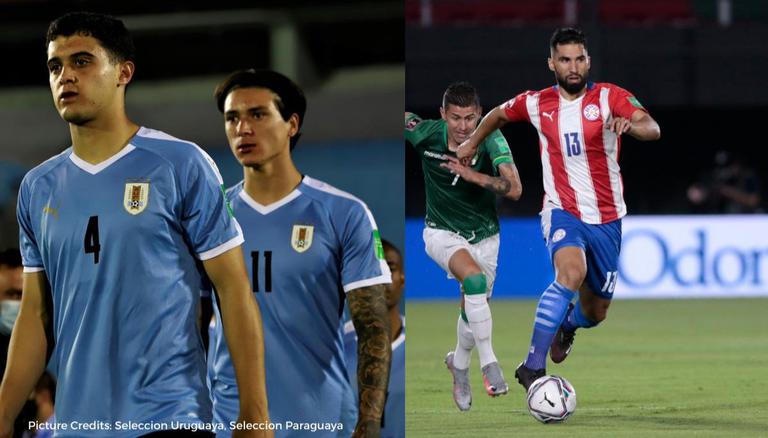 
Uruguay will take on Paraguay in the CONMEBOL World Cup Qualifiers. The game is scheduled to be played at Estadio Centenario, Uruguay, on Thursday, June 3 at 7:00 PM [ Friday, June 4 at 3:30 AM IST]. Here is the Uruguay vs Paraguay prediction, live stream details and Uruguay vs Paraguay team news.

Uruguay have had a pretty even start to their CONMEBOL World Cup Qualifying campaign with 2 wins and 2 losses. The last time Uruguay played was in November, where they lost 2-0 Brazil courtesy of goals from Richarlison and Arthur. That loss put them to the 5th spot on the qualifying table just below their opponents Paraguay. Luis Suarez will be looking to continue his stellar form for the country, The Uruguayan scored 21 times for Atletico Madrid this year, helping them lift  LaLiga after 7 years. Uruguay will take the field without Giorgian De Arrascaeta, who is out with Covid. Veteran Edinson Cavan is out suspended after he picked a red card against Brazil.

Paraguay on the other hand will be looking to cement their place on the table with a win over Uruguay. Paraguay last played in a 2-2 draw against Bolivia in November. The team has no significant injury problems and will take on Uruguay with full squad strength. A win would help Paraguay get on par with Ecuador who will be facing Brazil in their qualifying game.

The two teams have met on 74 occasions before. Uruguay have won 32 out of those games  and hold the advantage over Paraguay. The two sides last met in 2017 for the CONMEBOL qualifying competition. Uruguay won that game 2-1 which helped their chances of qualifying for the World Cup.

Paraguay have a young and talented side, but with the experience of players like Diego Godin and Luis Suarez, it is going to be tough to beat them. We predict Uruguay to emerge victorious in this South American encounter.

Premier Sports 1, Fubo TV, ESPN +, ESPN apps will stream the games in USA. There will also be coverage on Fubo Latino