And to all Liverpool fans that have nothing else to do than to come to a Man City player account, I’m also sorry for you but for the wrong reasons...ðŸ˜‚ pathetic... go celebrate your titles, or try to find a partner, drink a beer with a friend, read a book...ðŸ¤¦ðŸ»‍â™‚ï¸ so many options!ðŸ˜…

On Saturday night, Man City's disappointing season came to an end as Pep Guardiola's side were humbled 3-1 by Lyon in their one-legged Champions League quarter-final. It meant that Man City finished their campaign with a Community Shield and the League Cup for their efforts. Rival fans, including Liverpool supporters, have been revelling in City's demise with Bernardo Silva being a prime target.

Bernardo Silva doesn’t give a fu*k about a guard of honour ðŸ˜‚ pic.twitter.com/hxynpqVuPn

Liverpool fans chose to mock Silva due to the fact that he failed to applaud the Premier League champions during their guard of honour back in July. The social media banter was a little too much for the Man City midfielder, who then took aim at the Reds faithful and labelled them 'pathetic'. A number of Liverpool fans once again made their feelings known about Man City's UCL exit and it seemed that Silva's tweet was seen by a few members of the Liverpool squad.

Only 30 minutes after Bernardo Silva's tweet, Liverpool defender Virgil van Dijk appeared to send a perfect response over the Man City star labelling Reds fans 'pathetic'. Van Dijk uploaded a picture of himself at Liverpool's pre-season training, looking rather smug. It was no coincidence and a number of fans believed that Van Dijk's post was in response to Bernardo Silva. However, Virgil van Dijk soon deleted the post. 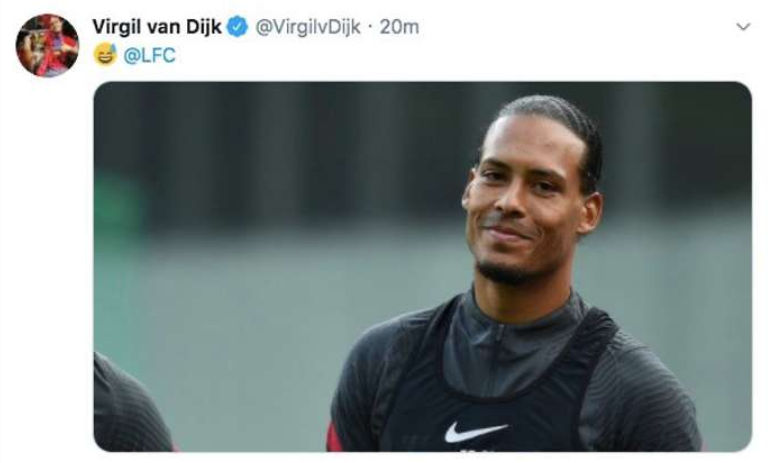 Liverpool supporters still remember Man City players singing about their club following the 2018-19 season. Pep Guardiola's side pipped Liverpool to the Premier League title by a solitary point that campaign in what essentially came down to a 'goal-line clearance'. Silva had joined in with the Man City team that mocked Mo Salah over his injury and Liverpool fans getting battered in the streets.

WE RECOMMEND
3 months ago
Joshua Bull announced as the new winner out of over 7.6 million FPL managers in 2019-20