What Happened To Marco Reus? Why Did Reus Back Out Of Germany Euro 2020 Squad?

What happened to Marco Reus? Dortmund captain has released a statement regarding his participation at Euro 2020, a day before Germany's squad announcement. 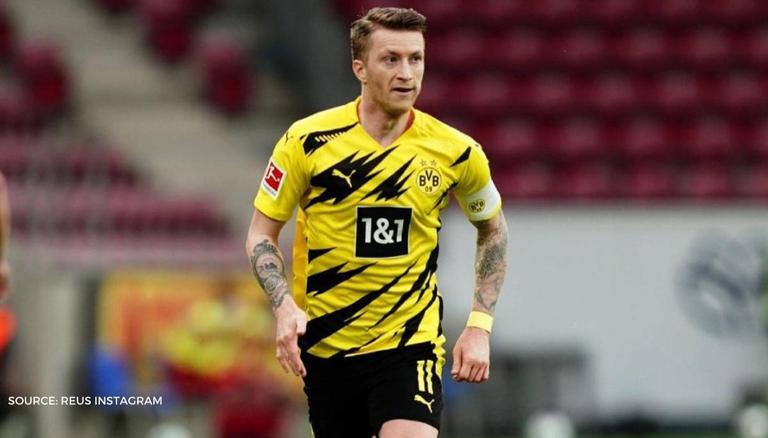 Joachim Low's plans for Euro 2020 hit a major roadblock recently after star Marco Reus announced his withdrawal from the tournament. The Borussia Dortmund superstar, who has been in fine form since the turn of the year, was touted for a recall for the Germany Euro 2020 squad but now has ruled himself out of contention. Here's a look at "what happened to Marco Reus?" and "why is Marco Reus not playing for Germany?".

What happened to Marco Reus? Why is Marco Reus not playing for Germany?

Borussia Dortmund star Marco Reus has ruled himself out of the Germany schedule Euro 2020 as he aims at focusing on 'recovery' following an intense football season. Reus took to Instagram on Tuesday to reveal the news and wrote that he had taken the decision in consultation with Joachim Low, who is set to name the Germany Euro 2020 squad on Wednesday. The 31-year-old stated, "This decision was very difficult for me because I am always full of pride when I am allowed to appear for my country. But after a very intense year for me personally and achieving my goals at BVB, I made the decision to give my body time to recover! I will make good use of the break in order to be able to start the new season optimally! I wish Jogi and our team all the best for the (Euros) and I will cheer as a fan and keep my fingers crossed".

Marco Reus has been a stalwart in the Bundesliga over the last decade, but the Dortmund superstar had his injury troubles in the past for both club and country. Reus scored for Germany in their Euro 2012 quarter-final against Greece, in his very first start for Low’s side in the tournament. However, he later missed out on the 2014 World Cup and Euro 2016 finals after suffering injuries in the build-up to the tournaments. The Dortmund ace played his first World Cup game in 2018 and was in fine form in a rather dull campaign for Die Mannschaft as they were knocked out in the group stage. Overall, Reus has managed a respectable 13 goals in 44 international appearances.

Reus will be a huge miss for Germany, especially after the Dortmund forward's recent uptick in form, which has seen him manage five goals and seven assists under interim coach Edin Terzic since December. In the 31-year-old's absence, Low will rely on the likes of Serge Gnabry and Leroy Sane to provide width to the attack. Low has shown a tendency to favour youth in his recent international squads and the likes of Florian Wirtz of Bayer Leverkusen, or Bayern Munich teenager Jamal Musiala could come into the set up.

READ | Leicester City Champions League qualification chances: How can the Foxes make it to UCL?