Who Will Take Man City Penalties If Champions League Final Goes Down To The Wire?

Who will take Man City penalties? Here's a look at potential spot-kick takers for Pep Guardiola's side ahead of their UCL showdown vs Chelsea. 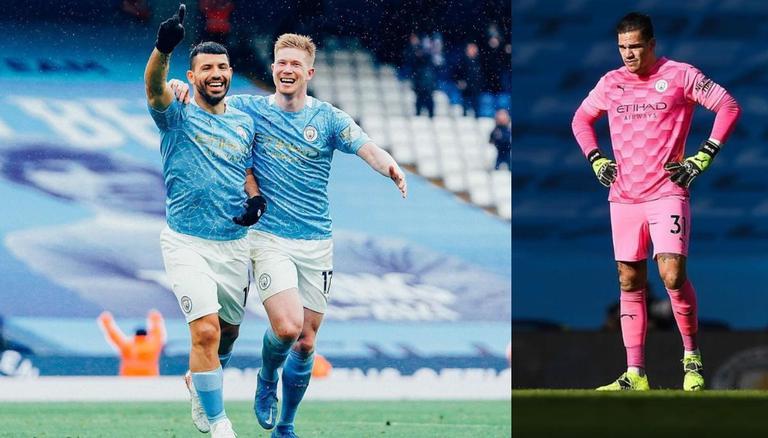 Premier League champions Manchester City are gearing up for their first-ever European final as they are set to take on Chelsea in the Champions League final 2021. The game is scheduled to begin at 12:30 AM IST on Sunday, May 30, and will be played at the Estadio do Dragao. Ahead of the crunch clash, here's a look at who will take Man City penalties, Man City vs Chelsea team news and our Manchester City vs Chelsea prediction.

Manchester City take on Chelsea in the Champions League final, three days after neighbours Man United suffered a defeat in the Europa League final via a dramatic 22-penalty finale. After all 20 outfield players converted their spot-kicks, Villarreal goalkeeper Geronimo Rulli beat opposite number David de Gea before denying the Spaniard's penalty. But for Man City, Ederson won't have to wait until 10 players have tried their luck, especially considering his prowess from 12 yards. The Brazilian goalkeeper was also seen practising penalties on the eve of the game, and as noted by South American outlet TNT Sports, the 27-year-old took 11 penalties in training and converted 10 of them with a success rate of 91%.

Pep Guardiola had even suggested in the past that Ederson could be on penalty duties, especially after Ilkay Gundogan's miss at Anfield. The Cityzens' record from 12 yards has been poor throughout the season, with seven penalties converted and four missed equating to an underwhelming success rate of just 64 per cent. Should the result force Guardiola to name his first five kickers, the Spaniard is likely to trust Kevin De Bruyne, Ilkay Gundogan, Bernardo Silva, Riyad Mahrez and Sergio Aguero to take those. Ederson, Phil Foden, Raheem Sterling, Fernandinho and Kyle Walker make compelling arguments and Guardiola would want them to make their case if they are needed to ensure a win via a shootout.

Pep Guardiola has his full squad at disposal with Ilkay Gundogan also brushing off a recent injury scare to be fit for the final. The German should start in a midfield three alongside Bernardo Silva and Fernandinho, who is likely to come in after his impressive shift against Paris Saint-Germain. Foden and Mahrez are staples alongside star man and former Chelsea star Kevin De Bruyne.

As for the Chelsea injuries in the Man City vs Chelsea team news, doubts remain on the participation of goalkeeper Edouard Mendy, and N'Golo Kante, however, both are expected to return. Captain Cesar Azpilicueta is set to return to the XI while Mateo Kovacic's return to fitness means that Tuchel will have to take a call on Jorginho. Mason Mount remains untouchable in attack and is likely to pair with Timo Werner and Kai Havertz, with Christian Pulisic offering an alternative from the bench. Our Manchester City vs Chelsea prediction is that City would win 2-1.

Fans wondering how to watch the Champions League final live in India can tune into the Sony Sports Network. The UCL final channel set in India is Sony Ten 2 and 3 SD/HD. Meanwhile, the UCL final stream in India will also be available on the SonyLIV app. Live scores and updates can be accessed on the Twitter handles of teams. The Champions League final Indian time is 12:30 AM IST on Sunday, May 30.