With Interest From Chelsea, PSG Willing To Sell Neymar For Acceptable Bid: Report

Neymar had joined PSG from Barcelona in the summer of 2017 at a world-record transfer fee of $235 million as the French club aimed at European glory. 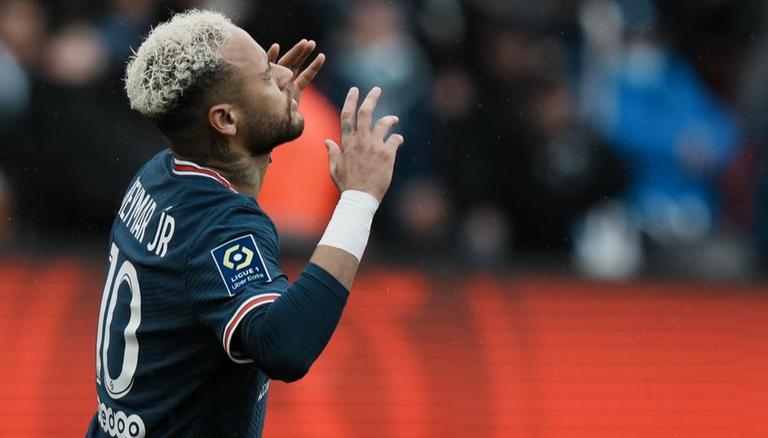 
Neymar's time with Paris Saint-Germain could well be over with reports emerging about the French club willing to sell the Brazilian superstar if a suitable offer comes across. The forward had joined PSG from Barcelona in the summer of 2017 at a world-record transfer fee of $235 million as the team aimed for European glory. However, the failure to win the Champions League and Kylian Mbappe extending his stay are turning out to be factors behind the Ligue 1 champions being open to getting rid of Neymar.

According to a Goal.com report, one of the reasons why Neymar could exit PSG is due to a lack of support from fans who not only criticised him, but also booed him along with Lionel Messi following an early exit from the Champions League. The 30-year-old's attitude and lack of growth have been scrutinised by the club as well.

As per the report, the footballer's high price and wages will make it difficult for PSG to find suitors easily. As per a report by Salarysport, Neymar currently earns around $738,000 a week, even though his market value has taken a dip with the player now available for $80 million.

If Neymar does leaves PSG, he will have limited suitors but Chelsea manager Thomas Tuchel is still willing to sign the Brazilian star despite his huge wages. Chelsea are in need of reinforcements after Romelu Lukaku reportedly agreed to a loan move to Inter Milan and despite Raheem Sterling and Ousmane Dembele being linked to the club, the manager will not let go of the opportunity to sign Neymar.

According to a report published by Mirror.co.uk, a couple of months back, Neymar himself has already opened up about being a good friend of the Chelsea manager and at that time, there were rumours that a move to West London could be on the cards. However, it remains to see if Chelsea would go and make the bid for the player.

Neymar signed a new contract just last year that would see him at the club till 2025. As per Goal.com, the attacker does not wish to depart Parc des Princes, and intends to continue with PSG next season. As per football.london, Neymar in his statement, said he doesn’t intend to leave Paris, which might be a big blow to Chelsea’s plans.

READ | Is Neymar moving to Chelsea? Brazilian star responds to speculations of him exiting PSG

“It has to be with Paris. I have a contract with PSG, so there are no other possible choices. Yes, it will be with Paris Saint-Germain,” he had said. Coming to the stats, Neymar has netted 100 goals and 60 assists in 144 matches for PSG in the last five seasons.