Italy were held to a frustrating 1-1 draw against Bulgaria,however, in doing so they have now leveled Brazil and Spain's record for the longest unbeaten streak. 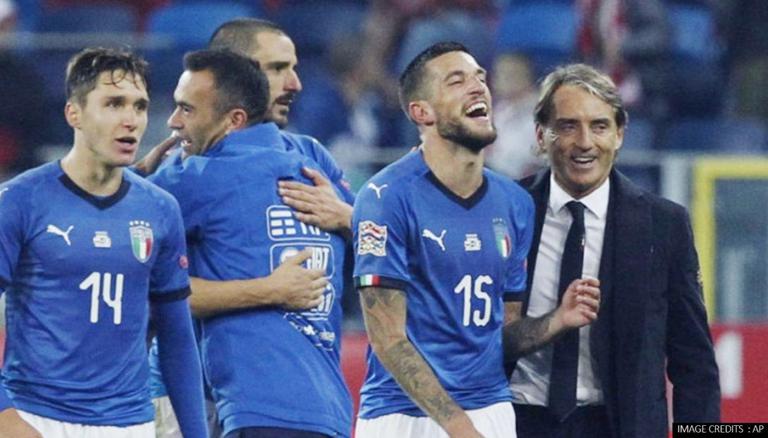 
Italy were held to a frustrating 1-1 draw against Bulgaria in their latest FIFA World Cup qualifying match on Friday, 3 September. However, with this draw, they have now leveled Brazil and Spain's record for the longest unbeaten streak in international football history. The Azzurri have not lost a single game since September 2018 to stretch their unbeaten streak to 35 games. The last time they lost a game was to Portugal in their Nations League match with them.

The unbeaten streak has not been fruitless as they have managed to win the Euro 2020 along the way to setting this historic run. They will be hoping to continue their run and set a new record of 36 games unbeaten when they take on Switzerland on Monday, 6 September in their quest to finish top of their group in the World Cup qualifiers.

The Azzurri have a shot breaking the record

Roberto Mancini's men are currently standing side by side, with two great international sides in the form of the Brazilian team of the 1990s and the Spanish team of the 2000s. But Italy will want to continue their streak and will be hoping to take it to the Qatar World Cup in November 2022. It is also fair to note that Algeria are currently on an unbeaten run of 28 games and will also be looking to try and get to historic figures soon.

Italy's game against Bulgaria may have been a record-equaling one but it was frustrating as they were held to a 1-1 draw after Federico Chiesa's stunning opener was canceled out in the 39th minute by a well-taken goal from Atanas Iliev. Italy dominated the proceedings with 79% possession and 27 shots but were unable to find a way through. They currently sit top of Group C with 10 points from four games. Switzerland are second with 6 points but having played only two games, they have a chance to go ahead of the Azzurri. The game between the two is next and the winner will surely have a boost at a chance of finishing top of the group.