"It's going to be a Super Sunday. The Indian Men's Hockey Team are going to be up against Great Britain in their quarter-final match," Hockey India tweeted. 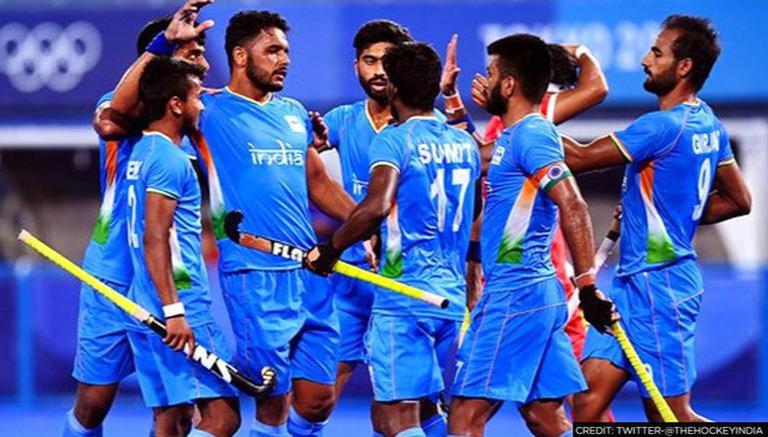 
Eight-time champions India will face Great Britain in the quarter-final of the ongoing 2020 Summer Olympics. Manpreet Singh and Co on Friday, July 30 2021, defeated hosts Japan by a score of 5-3 in the Men's Hockey Pool. A group before advancing to the quarter-finals, finishing second in the group after Australia. Already assured of a quarterfinals berth, this is India's third consecutive win at the Oi Hockey Stadium.

For the Indian contingent, goals came from Gurjant Singh, Harmanpreet Singh, Shamsher Singh and Nilakanta Sharma. With this victory, India has won four out of their Games. The only defeat came against Australia 7-1.

In Pool B, Great Britain is placed third with two wins of five games. The British contingent lost only one match, while the remaining two were draw. Whereas, India in Pool A is sitting comfortably in the second position with four wins.

"It's going to be a Super Sunday. The Indian Men's Hockey Team are going to be up against @GBHockey in their quarter-final match on August 1," Hockey India tweeted.

It's going to be a Super Sunday. 🔥

India: The Word No 4 side kickstarted their Tokyo Olympics campaign with a comfortable 3-2 win over New Zealand. India went down against Australia 1-7 in their second match. However, India bounced back and brought the best out of them against Spain, Argentina and Japan.

Great Britain: Team GB suffered their only defeat against Germany 5-1 in Pool B. Great Britain's matches ended in a draw against Netherlands and Belgium. While they won against South Africa and Canada.