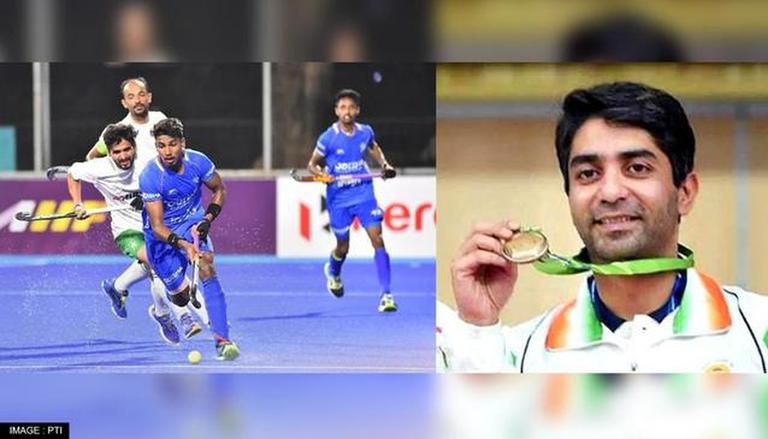 
2008 Olympics gold medallist and retired shooter Abhinav Bindra congratulated the Indian men's hockey team after they produced a herculean effort to defeat Poland 6-4 to win the inaugural FIH Hockey 5s championship on Sunday despite being three goals down initially.

Abhinav Bindra was delighted to see the Indian men's hockey team being crowned champions of the inaugural FIH Hockey 5s. He was happy to see the way the side responded to a fast-paced format that tested both the fitness and skill of the players. He concluded his remarks by lauding the team for rising back in a sport wherein India 'historically ruled.'

Congratulations to Indian Men’s Hockey team for being crowned champions of the inaugural Hero @FIH_Hockey 5s. Conquering a fast-paced format which tested both fitness & skill shows how strongly we're rising again in a sport we historically ruled!@TheHockeyIndia, @sports_odisha💪

A dominant India made a stunning comeback from being three goals down to defeat Poland 6-4 in a pulsating final to clinch the inaugural FIH Hockey 5s championship on Sunday. India, who had topped the five-team league standings with three wins and one draw en route to the final, ended their campaign with an unbeaten record.

It is pertinent to mention here that this was India's second win of the day against the same opponents, having beaten Poland, 6-2 in their round-robin league match three and half hours earlier in the day. Playing their third match of the day, the Indians were stunned for a while after Poland pumped in three goals without reply in the first five minutes of play through Mateusz Nowakowski (1st), Wojciech Rutkowski (5th) and captain Robert Pawlak (5th).

However, the Indians regrouped quickly from the initial jolt with Sanjay and captain Gurinder Singh finding the target in the eighth and ninth minutes respectively to go into half-time trailing 2-3. It was just a matter of time before the Indians found their best as they surged to a 4-3 lead after fine field goals from Dhami Boby Singh and the tournament's most prolific scorer Raheel Mohammed.

Once they found their rhythm, there was no stopping the Indians against Poland as Raheel and Singh struck their respective second goal of the match to complete the formalities. Since Hockey 5s is played with just four outfield players and a goalkeeper, it brings an entirely different dimension to the game. However, the Indian team were up to the challenge as they went on to lift the title in an emphatic fashion.