Andre Russell had suffered a hamstring injury before the T20 World Cup while playing for the Kolkata Knight Riders in IPL 2021 second leg in UAE. 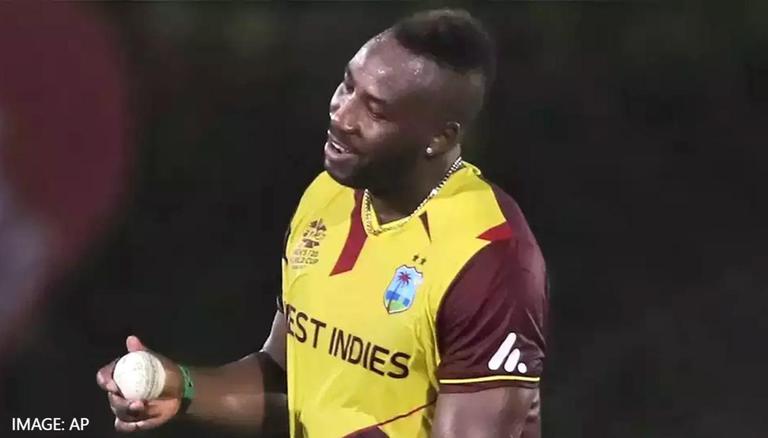 
Defending World T20 champions West Indies will take on England T20 World Cup Super 12 on Saturday, October 23 with the Caribbean team looking to make a winning start to their campaign. The West Indies T20 World Cup squad has no shortage of firepower at display but the Kiron Pollard led team will be sweating over the fitness of their star all-rounder Andre Russell despite him playing the second warm-up match against Afghanistan. Andre Russell suffered a hamstring injury before the T20 World Cup while playing for the Kolkata Knight Riders in IPL 2021. Ahead of the England vs West Indies match Kieron Pollard provided an update on Andre Russell fitness.

Andre Russell did not play the first warm-up match against Pakistan, however, he returned to play against Afghanistan in which he not only picked up one wicket but also scored 11 runs with the bat. Ahead of the ENG vs WI match, Kieron Pollard said,

"He (Russell) played in that warm-up game a couple days ago, and it was just like a trial for him because he hadn’t played a cricket match in about three weeks, three to four weeks. Let’s see what transpires in this last training session".

West Indies did not make a great start in the build-up to the tournament struggling in the two warm-up matches against Pakistan and Afghanistan. The team will be hoping to put the disappointment behind it and start fresh. The West Indies will need their big guns like Evin Lewis, Lendl Simmons, Shimron Hetmyer, skipper Kieron Pollard and Nicholas Pooran to score runs with the bat and help them qualify for the semifinals.

England, on the other hand, will look to bury the ghosts of the 2016 edition when Carlos Brathwaite snatched win for the West Indies from jaws of defeat. This time Eoin Morgan has a pretty balanced side men will look to set the record straight by winning the first match. In the Warm-up fixture, England lost their first match to India however the team managed to recover quickly to beat New Zealand in the second match. The match promises to be an exciting contest.