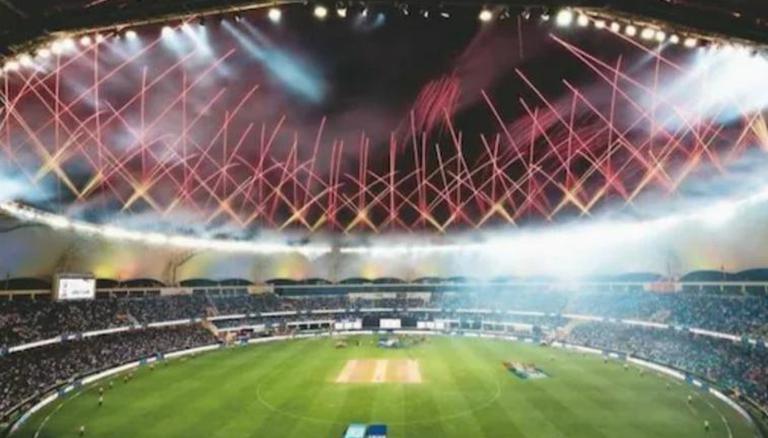 
As per reports the Board of Control for Cricket in India (BCCI) and the Emirates Cricket Board (ECB) request to the UAE government authorities to allow full capacity occupancy for the T20 World Cup 2021 final at the Dubai International Cricket Stadium on Sunday, November 14 has seen the green light.

"The BCCI and the ECB were keen to have a capacity crowd for the final. Permission for the same has been granted, but all COVID-19 protocols have to be followed. The boards had sought permission from the authorities and the approval has come. The ICC has done a brilliant job in ensuring all protocols are in place and we will all continue to work together to ensure the showpiece event finishes on a high," an official source within the BCCI said speaking to ANI.

So far all of the three venues were only allowed to crowd up to 70 per cent for T20 World Cup 2021 matches. However, with the finals being a big occasion for the event, the UAE authorities decided to allow the crowd in full capacity.

After a hard-fought Super 12 stage, Group 1 has seen England, Australia advance to the semi-finals, while Pakistan and New Zealand make it to the next round from Group 2. Meanwhile, despite winning their last three matches, India failed to qualify for the semifinals of the T20 World Cup 2021 finish third in their group stage. India's exit from the tournament also marked the end of the Ravi Shastri coaching era and also brought an end to Virat Kohli's captaincy of the Indian T20I team.

Speaking during his final press conference, Ravi Shastri all but confirmed that Rohit Sharma will be leading India going ahead but the former Indian coach also heaped praise for KL Rahul and said he would have his own ways to take the team forward in the future. "As far as the T20 team goes, I think we'll always have a strong team. We might not have won this World Cup, but I think going forward we'll continue to have a strong team because the IPL throws a lot of young players into the mix. KL Rahul will have his own ideas on how to take this team forward, and I see it still being a very good team." Shastri said.