Ahead of the India vs Pakistan ICC T20 World Cup 2021 Super 12 fixture, here's a look at the live streaming details in India, UAE & UK 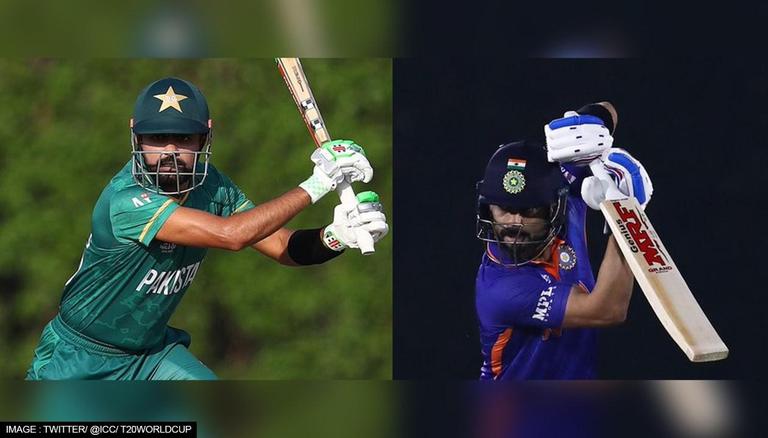 
Arch-rivals India and Pakistan will be locking horns in the Super 12 clash of the ICC T20 World Cup 2021 at the Dubai International Stadium on Sunday. Both teams would be looking forward to kickstarting their campaign with a win. Virat Kohli & Co. will be pumped up heading into this contest after having won both their warm-up fixtures against England and Australia respectively whereas, the Men In Green got the better of the title-holders West Indies in their first warm-up game before suffering a six-wicket loss to South Africa.

Ahead of the blockbuster India vs Pakistan match, here's a look at the live streaming details and how can the contest be watched in India as well as the rest of the world.

India vs Pakistan Live Streaming: How to watch the match in India?

The die-hard cricket fans in India can catch all the action from India vs Pakistan T20 World Cup Super 12 match live on  Star Sports Network, which has the broadcast rights. to telecast the marquee event in the country. Disney+ Hotstar will live stream the ICC T20 World Cup games for online audiences in India. Cricket enthusiasts can subscribe to Disney+ Hotstar by paying a minimum fee of Rs. 499 per year to watch T20 World Cup matches.

Meanwhile, the game can also be viewed on DD Sports.

India vs Pakistan Live Streaming: How to watch the match in the UAE?

Cricket fans in the United Arab Emirates can watch this match on Orbit Showtime Network (OSN). People in the UAE can also live stream all World Cup games on www.OSN.com/play and www.wavo.com.  The 3:00 pm matches will start at 2:00 pm UAE time, while the 7:30 pm match will start at 6:00 pm UAE time.

India vs Pakistan Live Streaming: How to watch the match in the UK?

Cricket enthusiasts in the United Kingdom can watch this epic encounter on Sky Sports Network. People in the UK can also live stream all T20 World Cup games by buying a Sky Sports pass on the live-streaming platform NOW, which is a subsidiary of Sky Group. The 3:30 pm IST matches will start at 11:00 am in the UK. The 7:30 pm matches will begin at 3:00 pm in the UK.

India and Pakistan have played a total of five matches in the T20 World Cup and the Men in Green have suffered humiliation in all of them. Two of those thrilling wins came in the final as well as the group stage match of the 2007 edition where MS Dhoni's boys won the contest via a bowl-out after both teams were tied at the same score after the completion of the 40 overs combined.

The 2009 T20 world champions would be hoping to rewrite history this time around. . However, Virat Kohli and Co. are expected to put on a dominating show against Pakistan since they will enter the competition as one of the favorites to win the prestigious tournament.