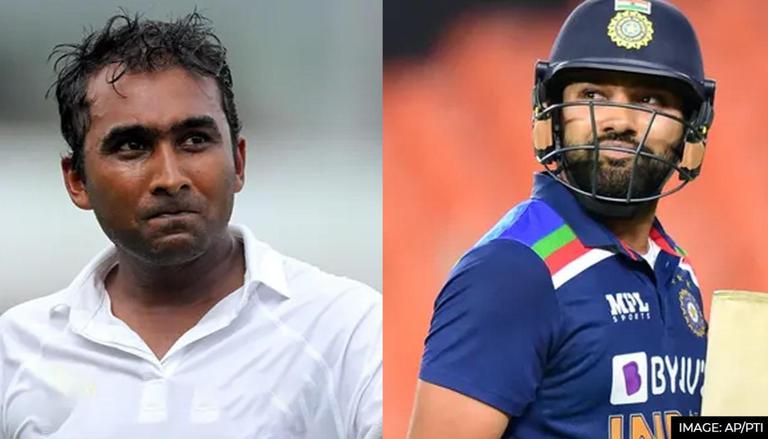 
Former Sri Lanka captain Mahela Jayawardene has questioned Team India's decision to open with Ishan Kishan and send Rohit Sharma at No. 3, instead of opening with him.

Speaking on ESPNcricinfo's show 'T20 Time Out' the Mumbai Indian's coach said, "You can be flexible. But not with your top-three batters. I think most teams if you take, you don't have too much flexibility in that top three. They are settled. They are the ones who are going to give you that initial tempo, who are going to go about things. And then you have that guy at No. 3 who is going to glue things together and bat in both halves of the innings and the rest of the guys are the ones who will probably get floated in and around."

Mahela Jayawardene felt that India shouldn't have tinkered with their top three and said that they could have played KL Rahul at number four if needed rather than push Rohit Sharma down the order, saying, "That's the role he plays in T20 cricket and Virat Kohli is either an opener or No. 3. I think KL Rahul would have been able to play that No. 4 role because he has that ability to change and adapt."

"In an ideal scenario, if India had a good start and had a settled thing, even Rishabh Pant could have batted No. 4 - given they [New Zealand] had a left-arm spinner [Mitchell Santner] and a legspinner [Ish Sodhi], he would have got more licence to then play knowing that he had two-three batters behind him. So rather than making all those changes, they should have done just that subtle change - one in, one out - and then maybe one batter changing positions, rather than three batters changing their slots, would have made a bit more sense. Especially going against a very good New Zealand new-ball attack because it was always going to do a little bit in those three-four overs."

Team India will now gear up to face Afghanistan in their next T20 World Cup clash on Wednesday, November 3 at 7.30 pm IST.

WE RECOMMEND
Let India's players play in other leagues around the world: Michael Vaughan's suggestion
Rohit Sharma set to succeed Kohli, to be named India's next limited-overs captain: Reports
India's merchandise exports surge 42.33 % to USD 35.47 billion in October
Yuvraj Singh to come out of retirement? Former India batter hints at sensational return
India's pledge to reach 'Net Zero' carbon emissions by 2070 hailed by environment experts
Listen to the latest songs, only on JioSaavn.com