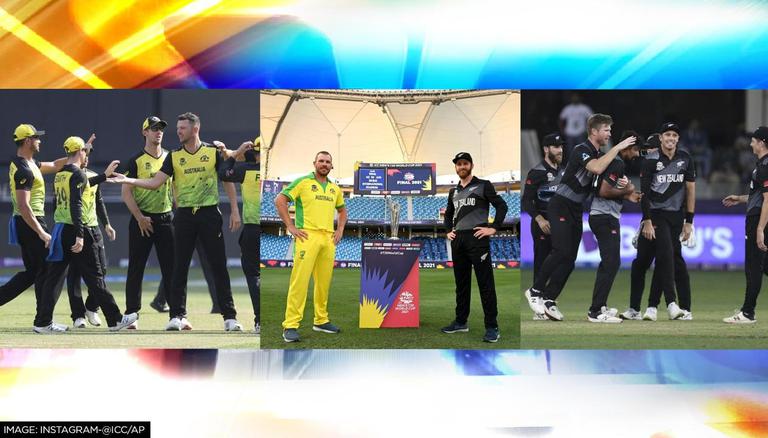 
The T20 giants Australia and New Zealand are all set to lock horns against each other in the final match of ICC Men’s T20 World Cup 2021 at the Dubai International Stadium on Sunday. November 14. Both teams earlier reached the semi-final of the tournament after winning four and losing one match in the league stage and now seek their maiden T20 World Cup title. Meanwhile, New Zealand eye their second ICC title after previously winning the inaugural edition of the ICC Test Championships by defeating India in the final.

The Kiwis made their way into the finals after defeating their 2019 ICC Men’s ODI World Cup final rivals England in the semifinal by five wickets. Whereas, Australia found a thumping victory over Pakistan by five wickets on November 12 and reached the finals against New Zealand. The final is a recap of the ICC ODI World Cup 2015 final, where Australia defeated the Kiwis to pick the title. Meanwhile, the final match is sure to be an exciting one as both teams have some of the best T20 cricketers in global cricket on their side.

Trent Boult and Mitchell Starc will lead the pace attack for their respective teams as Boult is New Zealand’s top wicket-taker with 11 wickets, while Starc follows him with nine wickets to his name. The battle of the all-rounders will be on display during the finals, as Marcus Stoinis and James Neesham take the responsibility to contribute to the much-important final clash. Neesham starred in the semifinal for NZ by scoring 27 crucial runs off 11 balls and Stoinis finished the semi-final for Australia with an unbeaten knock of 40 runs.