The Afghanistan cricket team has arrived at the T20 World Cup 2021 with all guns blazing despite the oppressive Pakistan backed Taliban taking over their land. 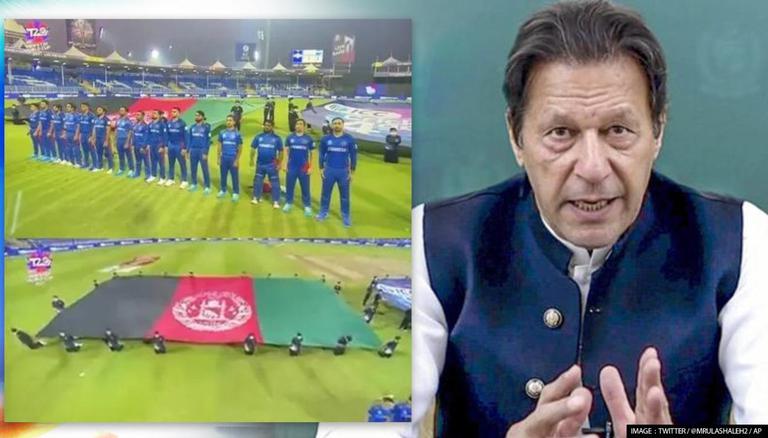 
The Afghanistan Cricket team has arrived at the T20 World Cup 2021 all guns blazing despite the oppressive Pakistan-backed Taliban regime taking over their homeland. The Mohammad Nabi-led side defeated Scotland by a staggering margin of 130 runs to kickstart their T20 World Cup campaign this past Monday.

That the Taliban has taken over Afghanistan once again after 20 years with the help of Pakistan's Inter-Services Intelligence (ISI) is no secret. The proof of Pakistan's collusion with the Taliban is clear from Pakistan's DG-ISI's visit in Kabul a wherein he allegedly assisted in the formation of the Taliban government, which came to be mired in controversy almost immediately as the senior-most cabinet leaders, such as Deputy PM Mullah Baradar haven't been heard from in a 'free' capacity since the government was formed, with the Pakistan-basked Haqqanis allegedly running the show.

The Taliban took over two weeks before the United States withdrew their forces, on August 15, 2021, causing havoc across the capital city of Kabul and the rest of the country. Amidst this struggle, the Afghanistan national flag became an important symbol of resistance. Over the past few months, several groups of citizens, mostly women, have taken massive flag marches through big cities, to showcase their solidarity against the oppressive and misogynistic Taliban regime.

Therefore, before each match, the Afghanistan cricket team proudly sings their national anthem and raises their flag to represent the millions that are in danger because of Pakistan-backed terrorism in their country.

The sound of Afghanistan's national anthem being sung aloud by the players sent waves of intense patriotism to Afghans across the world on Friday. The Afghanistan cricket team's participation in the T20 World Cup 2021 is sending a strong message of defiance to the Taliban regime that is spreading terror across millions of innocent Afghans in the country. It was not just the players but also the fans in the stadium that sang aloud their national anthem with pride.

#Afghanistan national anthem is so heartwarming and so is their flag 🇦🇫 #PakvsAfg #T20WorldCup pic.twitter.com/uOmOI48zwh

At a time when Afghanistan is going through political turmoil due to the tyrant regime of the Taliban, captain Mohammad Nabi explained in an emotional interview how cricket is the only source of joy for people back in his war-torn country.

During a virtual press conference before Afghanistan's match against Scotland, Nabi said, "The fans are really waiting for that camp because the only happiness in Afghanistan is cricket. If you're willing to do well in the tournament and we win the games, the fans are really happy, and there will be a lot of smiles on faces and Insha Allah everything will be changed of this work if we do well in the tournament."

Several netizens took to Twitter hoping that Afghanistan beats Pakistan, with the hope that their citizens will get some joy back hope as they continue to struggle with the oppressive Taliban regime. One fan for example slammed the Taliban for claiming they are with the people by writing that they do not see any 'Taliban flag in the Dubai International Cricket Stadium.'

Taliban say people are with us.

I see no Taliban flag in the Dubai International Cricket Stadium.#AFGvPAK #Afghanistan

Similarly, reactions from other fans can be seen below.

My side is Afghanistan..... They must beat Pakistan for the sake of flag that they are carrying.

Obviously everyone love Afghanistan. This question makes no sense.Without any doubt today every Afghan around the world is praying for Afghanistan cricket team. With the Willing of Allah the Afg flag will be raised proudly. پیروزی أن شاءالله از آن ماست 🤲🇦🇫🇦🇫🇦🇫

Just this flag I don’t except any other flag pic.twitter.com/Hfu3Op0NDM