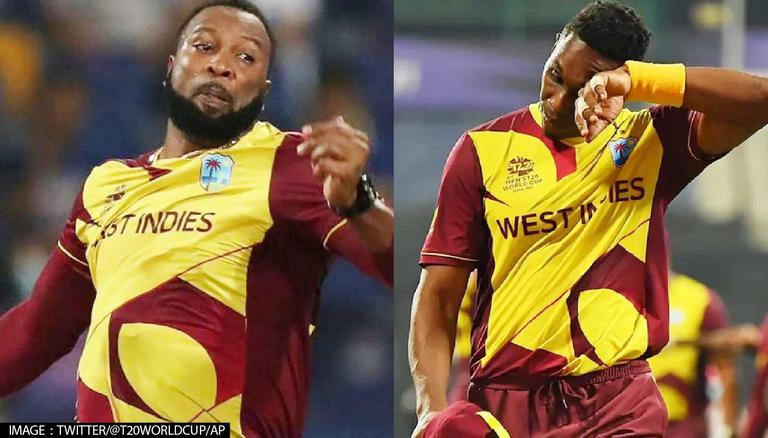 
West Indies skipper Kieron Pollard has come forward to bid an emotional farewell to Dwayne Bravo as the star all-rounder has decided to call it a day after the conclusion of the ongoing ICC T20 World Cup 2021. The Windies who were the defending champions coming into the tournament have officially been knocked out after their 20-run loss to Sri Lanka at Sheikh Zayed Stadium in Abu Dhabi on Thursday.

While the two-time winners are out of contention from the semis race, they still have one more match left in their forgettable campaign. The Kieron Pollard-led side will be facing Australia in their final Super 12 fixture on Saturday.

Ahead of the former champions' last match of the competition against Australia, captain Kieron Pollard had a heartwarming message for his good friend.

Dwayne Bravo decided to announce his retirement from international cricket after helping West Indies attain greater heights in the shortest format of the game which included two T20 World Cup triumphs in 2012 & 2016 editions respectively. He was one of the key members of both squads led by Daren Sammy.

“I think the time has come," Bravo said. "I’ve had a very good career. To represent the West Indies for 18 years, had some ups and downs, but as I look back at it I’m very grateful to represent the region and the Caribbean people for so long. "To win three ICC trophies, two with my captain (referring to Daren Sammy)," said Dwayne Bravo in a conversation with former captain Daren Sammy and commentator Alex Jordan on the ICC's post-match Facebook Live show.

“One thing I am proud about is that the era of cricketers we had we were able to make a name for ourselves on the global stage and not only do that but have silverware to show for it," he added.