Kohli is seen middling every delivery to perfection in the video, with Iyer and Kishan applauding him from behind while appreciating his batting skills. 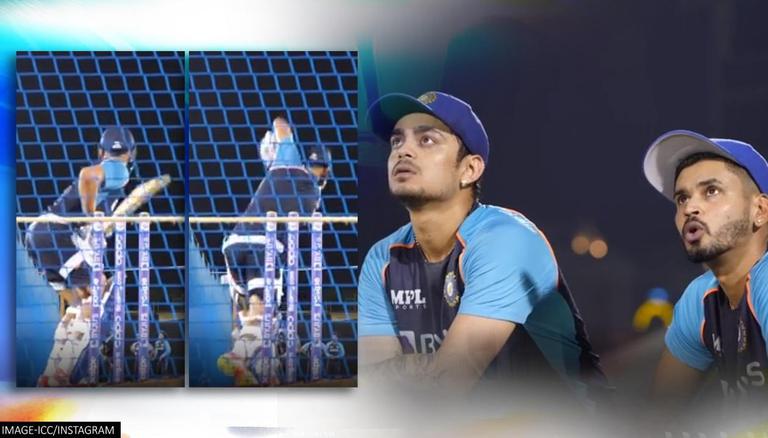 
A video posted by the International Cricket Council (ICC) on Thursday, shows Indian captain Virat Kohli's recent practice session that left his youthful teammates Ishan Kishan and Shreyas Iyer in awe of his prowess. The ICC took to Instagram to share a video of Iyer and Kishan watching their skipper sweat in the nets during Team India's practice session. Kohli is seen middling every delivery to perfection in the video, with Iyer and Kishan applauding him from behind while appreciating his batting skills.

The video has garnered more than 1.1 million views since being uploaded on Instagram a couple of hours ago. "Kishan and Iyer left in awe of Kohli's brilliance @ishankishan23 and @shreyas41 were left short of words watching @virat.kohli in all his glory in the nets," ICC captioned the post.

As far as the Indian team is concerned, the Kohli-led side suffered an early stutter in their ICC T20 World Cup campaign as they lost their opening match to arch-rival Pakistan on October 24. India is currently lurking at the bottom of the Group 2 points table with zero points in one game. The Men in Blue will play their next game against New Zealand on October 31, where they will look to register a win at all cost because another loss would further deteriorate their chances of qualifying for the knockout stage.

Meanwhile, 22 matches have been held in the UAE as part of the ICC T20 World Cup 2021, including those held during the preliminary round to choose teams for the remaining four Super 12 slots. Sri Lanka, Bangladesh, Namibia, and Scotland have moved to the World Cup's next round, joining the top eight teams in the ICC T20I standings. England are at top of the Group 1 points table, while Pakistan are at No. 1 in the Group 2 points table.