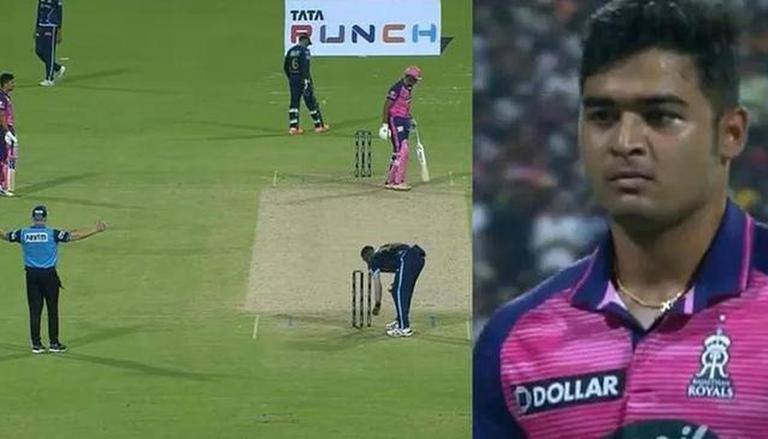 
Rajasthan Royals (RR) all-rounder Riyan Parag has opened up about the unfortunate run-out incident that took place when he and R Ashwin were at the crease in the first IPL 2022 qualifier against the Gujarat Titans (GT). The 20-year-old walked off frustrated after he looked for a run, with Ashwin having shown no interest at the other end.

While speaking about the unfortunate incident during a gaming stream on Rooter, Riyan Parag said, "It would’ve been fine if Ashwin was batting with a tailender. He should run when I'm batting. I was shocked. I just stared at him once and walked back. Later, Ashwin came to me and said sorry because he was thinking something at that time and didn't run. But you all will just create anything like Riyan Parag gives 'death stare' to Ravichandran Ashwin."

The incident took place in the final over of the innings with R Ashwin on strike. Gujarat Titans pacer Yash Dayal bowled a full length slower delivery, which Ashwin left as it was a wide ball. However, Parag was keen on a run as he hurriedly ran towards the other end. But due to a miscommunication with Ashwin, the 20-year-old was eventually run out by Dayal, which left Parag seething.

However, this was not the only incident that Parag was involved in. During Rajasthan Royals' match against the Royal Challengers Bangalore, he seemed to have been involved in a heated spat with Harshal Patel. With the 20-year-old having smacked Patel for 18 runs in the last over, it seemed that it infuriated the RCB pacer.

While on Rooter, Parag also recalled the other incident as he said, "Last year, Harshal Patel had dismissed me when we were playing against RCB. I was walking back. Then, he made a hand gesture telling me to go away. I didn’t see that on the spot. I saw that when I went back to the hotel and saw the replay. It stuck in my mind since."

As for this year, he added, "When the innings ended, Siraj called and said, ‘Hey, come here, come here.' He said, ‘you’re a kid, behave like a kid’. I told him, ‘bhaiya, I’m not saying anything to you.’ By then, players from both the teams came and it ended there. Later, Harshal didn’t shake my hand, which I thought was a little immature."

Meanwhile, Rajasthan Royals did reach the IPL 2022 final for only the first time since the inaugural season when they went on to win the title under the late Shane Warne. However, they came up short as they suffered a comprehensive seven-wicket defeat against debutants Gujarat Titans.