KL Rahul scored 77 runs during his stay at the crease during the LSG vs DC, IPL 2022 match. Have a look at Lalit Yadav's brilliant catch to dismiss Rahul. 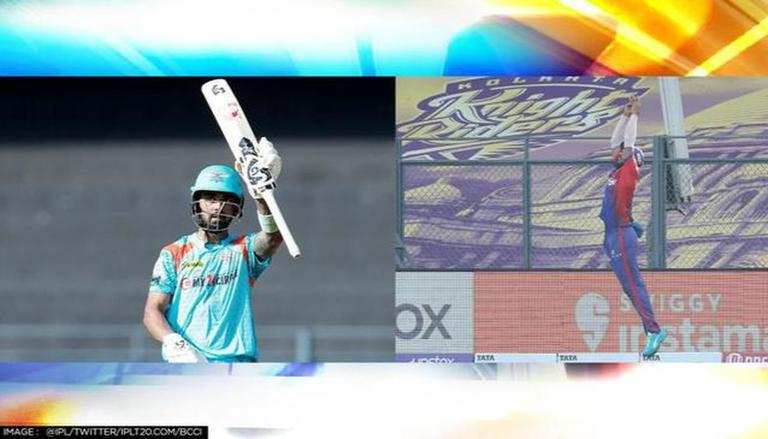 
Skipper KL Rahul starred for Lucknow Super Giants (LSG) on Sunday during the Indian Premier League (IPL) 2022 match against Delhi Capitals by smashing 77 runs in 51 balls. Batting with allrounder Deepak Hooda, both batters stitched a partnership of 95 runs before Hooda’s wicket at the hands of DC allrounder Shardul Thakur. While Hooda returned to the pavilion on the individual score of 52 runs, Rahul was dismissed off the bowling of Thakur after Lalit Yadav took a brilliant catch.

Watch the summary of KL Rahul's knock against DC:

KL Rahul is our Top Performer from the first innings for his brilliant knock of 77 off 51 deliveries.

A look at his batting summary here 👇👇 #TATAIPL #DCvLSG pic.twitter.com/CpX39QvoUr

Yadav’s catch became the talking point of the game as LSG were restricted to 195/3, five-runs short of the 200-run mark. Opening the batting with Quinton de Kock, LSG found themselves at 42/0 in the fifth over, before de Kock became Thakur’s first wicket for the day. However, there was no stopping for Rahul, as the 30-year-old batter hit a total of five sixes and four fours during his stay in the middle.

A brilliant catch from Lalit Yadav ends KL Rahul's stay in the middle.

He departs after a fine knock of 77.

What else happened during the LSG vs DC match?

The knock took Rahul’s tally of half-centuries to two, while he has already hit two centuries for LSG so far. He currently stands second in the orange cap standings for IPL 2022. With 451 runs to his credit in 10 games, which have come at an average of 56.38 and a strike rate of 145.01. Meanwhile, the list of players with the most runs scored in the ongoing season is led by Jos Buttler, who has scored 566 runs at an average of 70.75 and at a strike rate of 155.06, with the help of three centuries and three half-centuries.

On the bowling front, Shardul was the peak of DC’s bowling line-up as he finished the figures of 3/40 in four overs. He was the only wicket-taker for DC, while Axar Patel, Kuldeep Yadav, Chetan Sakariya, and Mustafizur went wicketless. At the same time, alongside the half-centuries by Rahul and Hooda, Krunal Pandya and Marcus Stoinis scored nine runs off six balls and 17 runs in 16 balls respectively. In the meantime, DC lost their openers cheaply while chasing the target of 196 runs.

Prithvi Shaw returned to the dug out on the individual score of five runs, just after hitting the first boundary of the innings. David Warner was dismissed in the final ball of the third over, following a brilliant catch by Ayush Badoni in the bowling of Mohsin Khan. Warner hit three runs off four balls during his knock and at the time of writing this article, DC find themselves at 28/2 in four overs after skipper Rishabh Pant hit 19 runs off Krunal Pandya’s over.