MI Vs PBKS: Why Was Rohit Sharma Fined Rs 24 Lakh After Mumbai's Defeat To Punjab?

Mumbai continued its losing streak in IPL 2022 as they lost to Mayank Agarwal-led Punjab Kings by 12 runs. MI skipper Rohit Sharma was fined after the game. 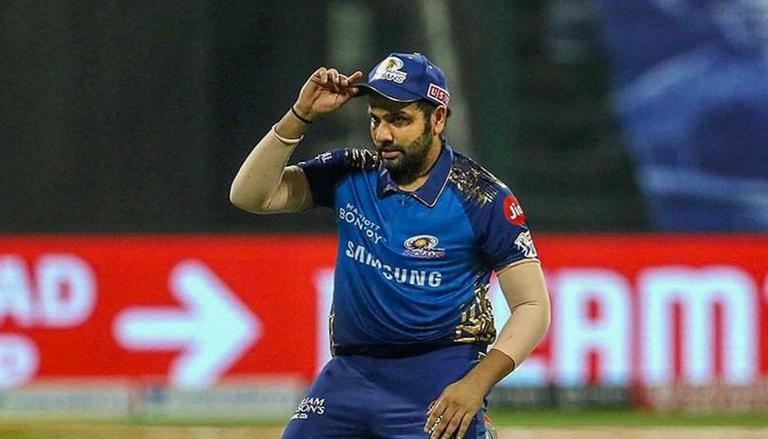 
As Mumbai Indians continued their dry start to the TATA Indian Premier League (IPL) 2022 losing their fifth match to Punjab Kings on Wednesday, team captain Rohit Sharma was fined Rs 24 lakh for maintaining a slow over-rate during the game. The skipper was fined by IPL for the team’s slow over-rate during the match against Punjab Kings. This is the second time Rohit Sharma’s team has been fined for the same in this year’s tournament.

Announcing the fine following the MI vs PBKS match, IPL said that the team skipper would face a fine of Rs 24 lakh while the rest of the playing eleven would pay Rs 6 lakhs or 25 percent of their match fee. “The Mumbai Indians have been fined after they maintained a slow over-rate during their TATA Indian Premier League (IPL) 2022 match against Punjab Kings at the MCA Stadium, Pune on April 13,” the IPL said in a release.

“This was the team’s second offence of the season under the IPL’s Code of Conduct relating to a minimum over-rate offences. Mumbai Indians captain Rohit Sharma was fined Rs 24 lakhs and the rest of the members in the playing eleven were fined Rs 6 lakhs or 25 per cent of their match fee, whichever is lower,” the statement added. Earlier, Sharma was fined Rs 12 lakh for maintaining a slow over-rate in Mumbai’s opening match in the tournament against the Delhi Capitals on March 27.

Mumbai continued its losing streak in IPL 2022 as they lost to Mayank Agarwal-led Punjab Kings by 12 runs. Having won the toss, MI decided to ball first and went on to allow PBKS to score a total of 198 for 5. Chasing the high total, Rohit Sharma’s side fell short and was restricted to 186 for 9. It is noteworthy that PBKS’ Odean Smith’s 4 from 30 in 4 overs was a standout performance that shifted the game’s wind. The only positive from the match for MI was Dewald Brevis’ innings scoring 49 from 25 balls. Mumbai Indians have now inched one step closer to elimination with the defeat.