Matthew Hayden has lauded RCB batter Rajat Patidar for his 112* runs knock in 54 balls during the RCB vs LSG, IPL 2022 Playoffs Eliminator match on Wednesday. 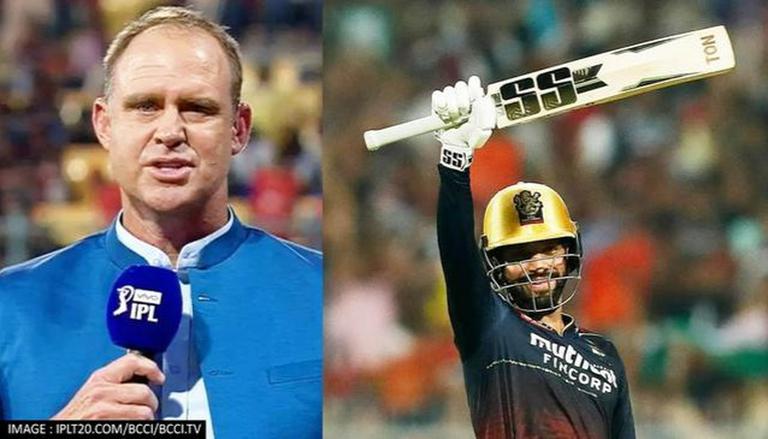 
Royal Challengers Bangalore qualified for the Qualifier 2 of the Indian Premier League 2022, after defeating Lucknow Super Giants by 14 runs in the IPL 2022 Playoffs, Eliminator match on Wednesday. KL Rahul decided LSG will bowl first after winning the toss and the team was rewarded with the wicket of RCB skipper Faf du Plessis for a duck in the very first over of the match. However, the team reached a strong total of 207 runs at the end of 20 overs, courtesy of a 54 ball knock of 112 runs by 28-year-old batter Rajat Patidar.

The entire cricketing world was ecstatic on witnessing the impressive century by Patidar, as was former Australian cricketer Matthew Hayden, who also revealed his thoughts on the same. Hayden, who is one of the English commentators with the official broadcaster of Star Sports said Patidar did what Rajasthan skipper Sanju Samson couldn't during the Rajasthan Royals vs Gujarat Titans, Qualifier 1 match. Samson was dismissed on 47 against GT, as the Hardik Pandya-led team went on to win the match and reach the IPL 2022 finals.

“Rajat Patidar did what Sanju Samson couldn't. It was his night. Look at his wagon wheel, there were some huge hits through the onside but he played attractive strokes through the offside too. Simply superb innings,” Hayden said on Star Sports. Samson’s knock came in 26 balls with the help of five fours and three sixes, but as it looked like he will take the game away from GT, he was dismissed by left-arm spinner R Sai Kishore.

READ | Jos Buttler reacts to heartbreaking IPL 2022 Qualifier 1 loss to GT; 'We just could not break that partnership'

RR ended up scoring 188/6 in 20 overs, riding high on Jos Buttler’s 89 off 56 but failed to defend the total as GT ended up winning the game by seven wickets. Coming back to the RCB vs LSG match, alongside Patidar, Dinesh Karthik also scored 37 runs in 23 balls, while Virat Kohli hit 25 runs in 24 balls during his stay. RCB won the match by 14 runs, after restricting LSG to 193/6 in 20 overs, led by Josh Hazlewood’s 3/43. Having said that RCB will now clash against RR in the Qualifier 2 for a spot in the IPL 2022 final.