A Mumbai Indians youngster has recalled his first meeting with Sachin Tendulkar by admitting that seeing the Indian cricket legend gave him goosebumps. 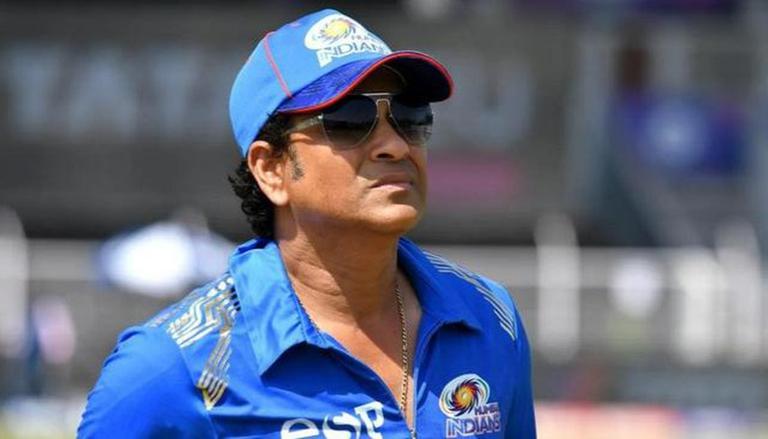 
Legendary Indian cricketer Sachin Tendulkar is celebrating his 49th birthday on Sunday and has received warm wishes from all corners of the cricketing fraternity. Meanwhile, on the occasion of Sachin’s birthday, the Indian Premier League (IPL) franchise Mumbai Indians (MI) took to their official social media handle and shared a video featuring the MI youngsters, who can be seen sharing their feelings about the legend. Sharing the video, MI captioned it by saying, “He inspired all of India to watch cricket." The boys wish & share their experience of meeting 𝗦𝗮𝗰𝗵𝗶𝗻 for the first time on his special day.”

In the video, young batter Tilak Varma, alongside fellow teammates, Hrithik Shokeen, Dewald Brevis, and Aryan Juyal conveyed their thoughts regarding Tendulkar. Sharing his experience of meeting Tendulkar for the first time, Verma said, “Dream come true to meet Sachin sir because whenever I see Sachin sir, it always gives me goosebumps”. Varma further added that it was always a dream of his to see Tendulkar and he feels pleasure every time he does. “Wish you a very happy birthday,” Varma concluded.

Alongside the above-mentioned players, batter Rahul Bushi and Sachin’s son Arjun Tendulkar also appeared in the video, wishing the cricketing legend a happy birthday. It is pertinent to mention here that Tilak Varma is one of the breakthrough players of the ongoing season for Mumbai Indians. The 19-year-old has amassed 234 runs at an average of 46.80 and strike rate of 140.11 with two half-centuries from seven games.

"He inspired all of 🇮🇳 to watch cricket." 💙

The boys wish & share their experience of meeting 𝗦𝗮𝗰𝗵𝗶𝗻 for the first time on his special day 🥳 pic.twitter.com/JQ9wquIPZW

Who are the other top performers for MI in IPL 2022?

Suryakumar Yadav sits at the second spot in the run-scoring charts for MI with a total of 232 runs in their tally at a strike rate of 153.64. Ishan Kishan is the next high scorer for MI as he has hit 191 runs in seven games. On the bowling front, Murugan Ashwin leads the list of highest wicket-takers for MI with six wickets to his tally in six games. Jayden Unadkat has also scalped six wickets in four games.

Meanwhile, MI play their eighth match of the season against Lucknow Super Giants in match no. 37 of IPL 2022 at the Wankhede Stadium on Sunday. Despite notable individual performances from players here and there, the team has suffered a dismal season so far, as they are yet to win a single match. They sit at the bottom of the IPL 2022 points table with seven defeats.