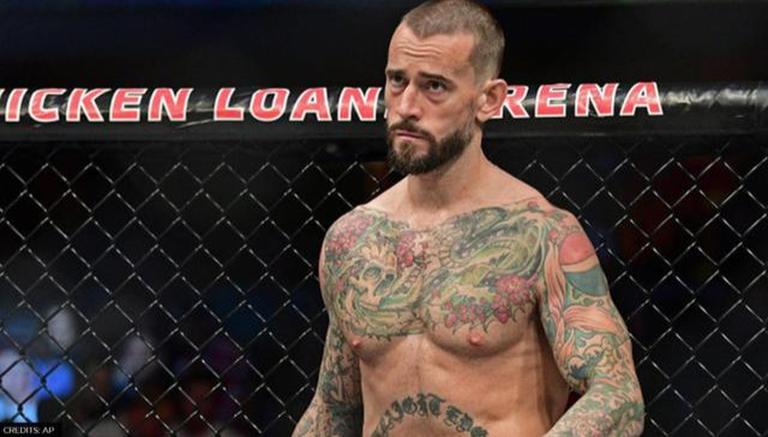 
Former World Wrestling Entertainment (WWE) champion CM Punk made headlines last month after returning to the professional wrestling arena following a seven-year gap. CM Punk, who debuted at the All Elite Wrestling (AEW) Rampage on 20 August, won his comeback match against Darby Allin at AEW All Out 2021 on Sunday, 5 September.

A WWE fans favourite, CM Punk’s decision to quit wrestling was a big blow. The pro wrestler's return, appearing in the AEW's weekly shows, was an ecstatic moment for all his fans across the world.

To add to the joy of fans, Punk made a spectacular effort to win the first match he played after seven years. The match that took place in Chicago this Sunday saw Punk bring back his former fighting spirit to defeat Darby Allin.

Earlier, Punk had given a speech stating that he was excited about the event. The former WWE star challenged Darby Allin to a match at All Out and said that he will be working his best to win. The fight had just the right amount of drama for a Punk game, as wrestler Sting walked Darby to the ring as he had promised earlier. Punk came running out donning long tights and paced around the ring before going all out.

READ | CM Punk hits his first GTS in seven and a half years on AEW Dynamite; watch video here

Darby tried to outwrestle Punk with a hammerlock at the beginning of the match. However, Punk regained control of the game and slowly but steadily took charge. The former WWE star used his star move GTS, but, failed to pin Darby until his second try.

READ | CM Punk puts Darby Allin on notice, vows to prove himself right at AEW All Out

CM Punk took the win despite Darby’s attempts to keep the fight competitive. Following the bell, Sting came out and shook Punk's hand. Punk also showed great sportsmanship as he helped Darby to his feet after the win and shook his hand. Punk's last singles match happened in January 2014 at the Monday Night Raw where he had defeated Billy Gunn.

READ | CM Punk's return, Daniel Bryan's debut: Why AEW All Out will turn out as a 'must-see' PPV

How to watch AEW All Out Live in India?

Fans wondering how to watch AEW All Out live in India can tune into Eurosport India, which acquired the official telecasting rights in the country.

The AEW pay-per-view event will be telecasted live on Eurosport. Wrestling fans can also use the Eurosport player to stream the event live. As for live updates of the pay-per-view event, fans can track the official social media handles of AEW. CM Punk is set to be a weekend contender in the AEW events.

WE RECOMMEND
Booker T gives brickbat to CM Punk's AEW debut promo, explains why it was 'total miss'
Roman Reigns takes dig at CM Punk's debut, credits himself for SummerSlam blockbuster
CM Punk admits that he 'could've died' if he had stayed on with WWE in 2014
Former WWE Champ CM Punk officially joins AEW, offers free ice cream bars to Chicago fans
WWE: Roman Reigns lashes out at CM Punk for not being 'as good' as John Cena or The Rock