21-year-old Aruna Tanwar, world No.4 in the women's U 49 category, became the first Indian Taekwondo athlete to take part in Tokyo Paralympic. 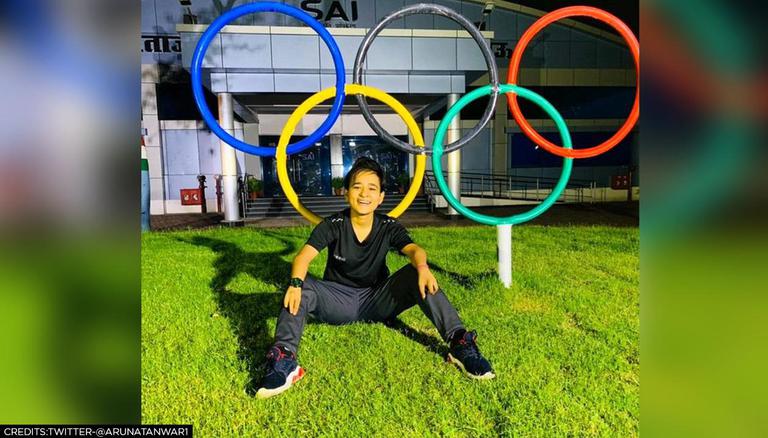 
Aruna Tanwar, world No.4 in the women's U 49 category, became the first Indian Taekwondo athlete to take part in Tokyo Paralympic. According to ANI, Tanwar, who hails from village Dinod of district Bhiwani in Haryana, has been awarded a wild card entry for the upcoming tournament, which will make her the first Indian to compete in the global multi-para sport event. The 21-yr-old received the wild card based on her exemplary past performances.

While speaking to ANI, Tanwar said, “Since childhood, I'm a big fan of martial arts. Earlier, I played in the general category but I wasn't getting much success there. I came to know about para-taekwondo& started playing it”.

She added, “My parents supported me. They accompanied me in every national tournament. Both mother & father believed in me & whatever I've achieved till now is because of them. I'll try to bag a medal in Paralympics & make them proud”.

Tanwar’s dream is to win a gold medal for the country in Taekwondo. Her father appealed for the government’s assistance for her future. He said, “Coaches & her hard work paid off”. He added that his family has faced a lot of financial struggle “but somehow I managed her expenses by selling jewellery or borrowing money”. Further, he urged the government to help his family and think about Tanwar.

READ | Skytree lights up to mark 1 year until Paralympics

Meanwhile, Indian Taekwondo president Namdev Shirgaonkar in a statement said that Tanwar is the first Taekwondo athlete from India to qualify for the Paralympics. Shirgaonkar added that this has opened the doors for all the aspiring athletes especially all the female athletes that want to be in this position. Further, he went on to thank the World Taekwondo for the consideration and PCI for this opportunity and informed that India Taekwondo has extended all support for Tanwar’s preparation for Tokyo Paralympics and have also recommended her name for TOPS for the extended necessary support to make the dream of Paralympic medal a reality.