Conor McGregor Vs Dustin Poirier PPV Buy Rate Out; Here's What The Numbers Look Like 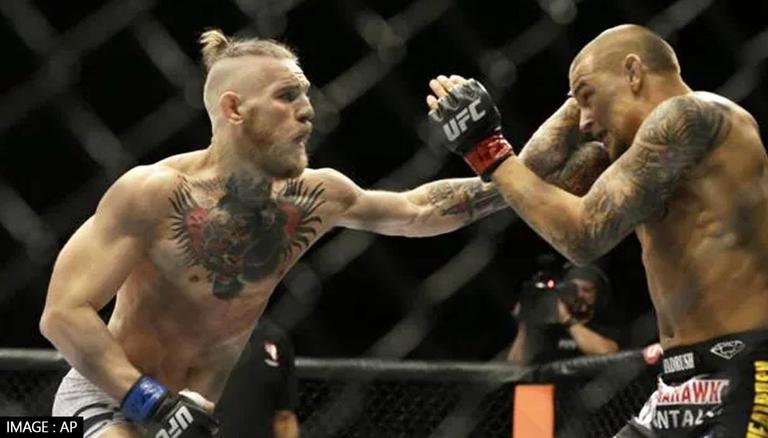 
Conor McGregor has established himself as one of the biggest names in combat sport. The Notorious fighter has been the face of many UFC pay-per-view events and on Monday he revealed a document that showed his recent fight against Dustin Poirier was indeed a success.

The Conor McGregor vs Dustin Poirier fight was a rematch of their UFC 178 in September 2014 which saw McGregor lose via second-round TKO.

Taking to Twitter, Conor McGregor tweeted an image of a document which was named “PPV BUY SUMMARY FOR CONOR MCGREGOR,”. The document showed the buy rate of UFC 257 fight against Dustin Poirier in January. According to the image, the pay-per-view event collected 1,504,737 buys – 4,449 more than the projected buys of 15,000,238.

The document though did not provide details regarding Conor McGregor pay per fight earnings. According to MMA fighting.com the total pay-per-view sales also determines Conor McGregor pay per fight on the backend by the UFC, which is typically configured based upon a particular dollar amount per PPV buy over a certain threshold. Those figures are not made public by the UFC.

According to MMA Junkie the 33-year-old remains undisputedly the top-grossing UFC fighter of all time. All five of the top-selling pay-per-views in UFC history involved Conor McGregor. McGregor’s rematch and third fight with Poirier along with his rematch against Nate Diaz at UFC 202 and his bout with Donald “Cowboy” Cerrone in 2019 round out the top five.

He also served as one half of the mega-crossover pay-per-view main event against Floyd Mayweather in August 2017. In May, McGregor was named the highest-paid athlete in sports, topping a list with names such as Lionel Messi, Cristiano Ronaldo, Roger Federer, and Lebron James. The figures included his UFC pay and whiskey company earnings from Proper No. 12 among other figures.

Currently, Conor McGregor is recovering from a broken leg injury suffered during the July trilogy fight against Dustin Poirier. While there is no news about Conor McGregor's next fight but the former UFC lightweight and featherweight champion, anticipates a 2022 return.