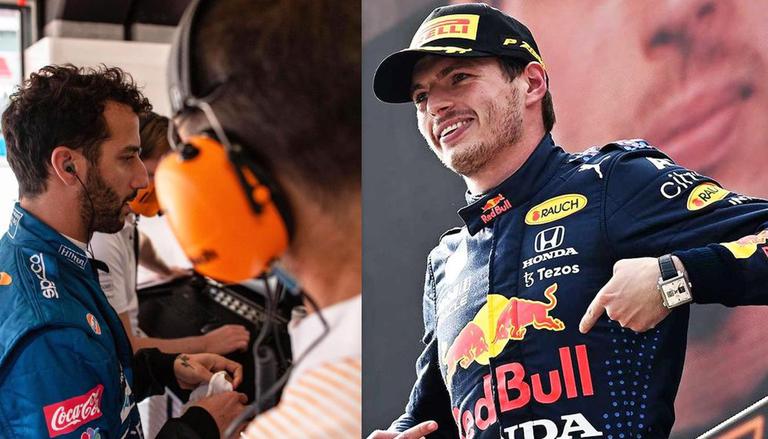 
McLaren's Daniel Ricciardo insists he had no regrets about parting ways with Red Bull Racing at the end of 2018 despite their genuine championship-winning form this season. The 32-year old left Red Bull for Renault in 2019 before switching to McLaren in 2021. Ricciardo acknowledged moving away from Red Bull was one of the most difficult decisions he had made in his career.

A switch from Red Bull to Renault or McLaren was always a gamble as both teams were always trailing Red Bull in the Constructors' Championships. However, little did Daniel Ricciardo expect that he would struggle the way he has so far at McLaren. The Australian has comfortably been outperformed by his teammate Lando Norris, who is 61 points clear in the Drivers' Championship with three podiums under his belt.

In contrast to McLaren, Red Bull Racing have gone from strength to strength since Daniel Ricciardo's departure. The Milton Keyes outfit has formed a strong relationship with Honda and has emerged as a powerful unit this year, as Max Verstappen leads the Drivers' Championship with the team leading the Constructors'. However, despite Red Bull having emerged as genuine title contenders, Ricciardo insists he has no regrets about leaving the team.

It's been a couple of weeks between Spielberg and Silverstone ⏳

So that must have been pretty awesome, right? 👀#BritishGP 🇬🇧 #F1 pic.twitter.com/j0gSNygZIe

When asked about leaving Red Bull looking at their current form, Ricciardo replied, "No I don’t have regrets. I made every decision for a reason and every decision you make is a time or a moment in your life that is right or best at that time, so I certainly don’t look back with regret or question anything but I guess it’s sort of leading towards... I look at their results this year and do I regret or think, could that have been me?"

Ricciardo added, "But I look at that and I’m honestly happy for them. Don’t get me wrong I’d love to be winning but good for them, they are challenging Mercedes and they look like they are in the real hunt for the title this year. I briefly caught up with Christian [Horner, Red Bull boss] in Austria and a few of the Red Bull guys and I’m stoked they are doing what they’re doing but certainly no regrets, just… life."