Mick Schumacher, who is currently a rookie in F1 this year, showcased his emotional side in the recently released documentary of his father, Michael Schumacher. 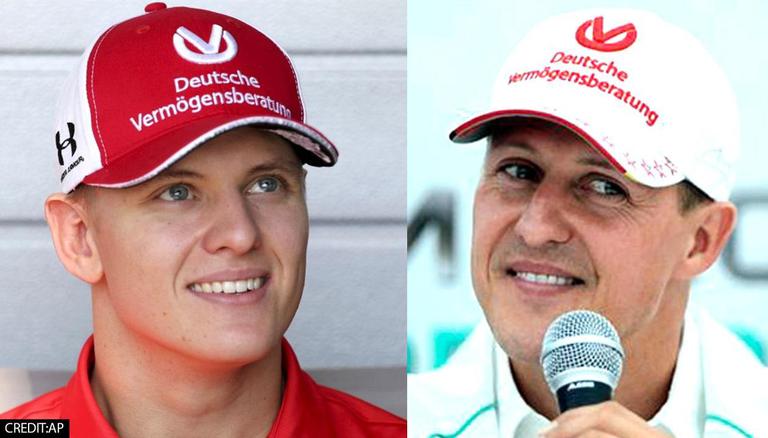 
Mick Schumacher, son of F1 legend Michael Schumacher, said in a recent documentary of his father that he 'would give up everything' just to discuss racing with his dad. The seven-time Drivers' champion suffered a tragic head injury in a skiing accident in December 2013 when his head hit a rock. Since then, only a few updates have been provided on the former German racer's health.

Most of the updates regarding his health have been given by a close friend, Jean Todt, who currently serves as the FIA president. The latest update that he provided was that Schumacher's health would 'slowly and surely improve.'

Mick Schumacher ready to 'give up everything'

Mick Schumacher, who is currently a rookie in F1 this season, showcased his emotional side in the recently released documentary on his father. The Haas driver revealed his pain as he said that he would 'give up everything' just to discuss racing with his father.

While speaking in the documentary, Mick said,

"I think dad and me, we would understand each other now in a different way now. Simply because we speak a similar language, the language of motorsport. And that we would have so much more to talk about. That's where my head is most of the time. Thinking that it would be cool that would be. I would give up everything just for that."

The F1 rookie also added that he feels life has been 'a little unfair' as he has not been given the chance to cherish moments with his father.

"When I think about the past now, the images that pop up in my head are usually the four of us having fun. I see images of us driving a go-kart in the meadow. I see images of us when we're out and about with the ponies, sitting on the carriage. Really many moments that resonate with joy. Since the accident, these experiences, these moments that I believe many people have with their parents, are no longer present, or to a lesser extent. And in my view, that is a little unfair."

What does Michael Schumacher's documentary feature

Michael Schumacher's documentary, which was released on September 15, features an insight into the seven-time Drivers' Champion's private life, with videos and interviews of family members. Most of the documentary shows moments featuring the Schumacher family together.